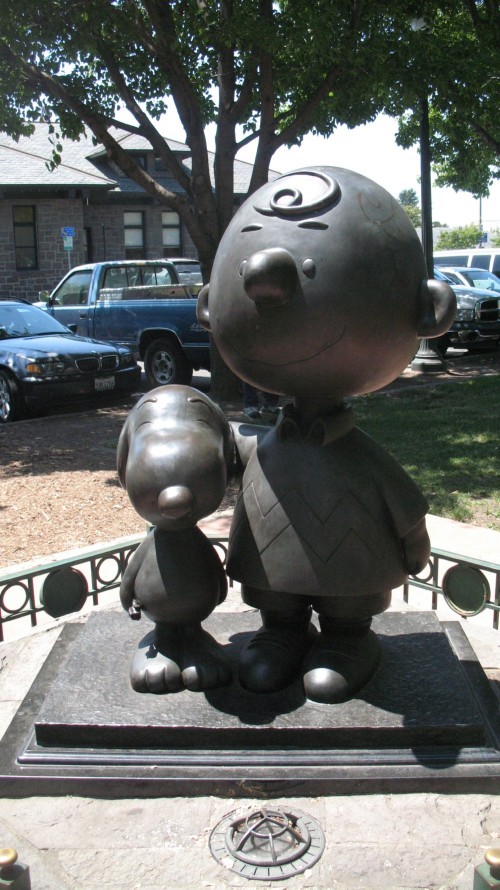 Sunday is my “dream” day — the day I do nothing but what feeds my soul.

My Sunday mornings are often spent enjoying breakfast across from my teenage son (or my teenage son and his friends).  We ease into our day with delicious food and some small outdoor adventure from walking the dog to driving to a local park before returning home to work on 8 Women Dream.

What used to be a stressful day spent getting ready for Mondays has turned into my favorite day of the week.

Running a top blog from a small kitchen table is not easy, but I love it. Like Shellie wrote in her story this week, Is There Ever a Good Reason to Quit Your Dream?, and like other dreamers who have worked on 8 Women Dream, I have sometimes thought about giving up on my dream when things aren’t working the way I think they should. It’s usually because I find myself wanting more rewards and less setbacks.

I get impatient for dream results.

Marketing guru Seth Godin Says, “Achievement is often the result of stepwise progress, of doing something increasingly difficult until you get the result you seek… There are plenty of obvious reasons why we avoid picking the right interim steps, why we either settle for too little or foolishly shoot for too much. Mostly it comes down to fear and impatience. The craft of your career comes in picking the right hills. Hills just challenging enough that you can barely make it over. A series of hills becomes a mountain, and a series of mountains is a career.”

Whenever I am feeling impatient for results, or bemoaning what isn’t working, or wishing to ignore Seth’s sound advice, it’s good for me to get out of the house and see how the world around me is doing.  When I do this, I see dreamers wherever I go and it reminds me that dreaming is good for everyone.

Today I decided to visit a historic part of this sleepy town where I live. 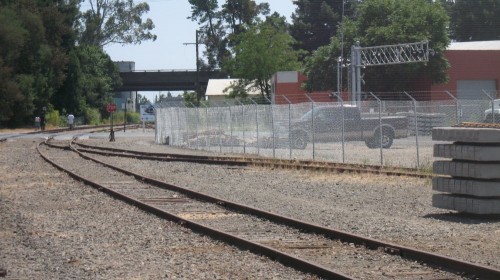 30 years ago this county began working to preserve the old Northwestern Pacific Railroad right-of-way as a future transit corridor between this county and the county south towards San Francisco for a possible commuter train route.  This year the SMART Train project finally broke ground and this mammoth dream project to connect Northern California with the San Francisco Bay by train has officially started its engines.

It’s been a big dream for many people for a very long time.  It’s faced opposition, delays, funding woes, and a tax repeal effort. The dream to create a train system has been met with every kind of negativity, yet it would not die.

This Sunday morning my son, ex husband and I went to take a look at the construction trucks and piles of rock and steal — the beginning of the work in a part of my town that has been begging for attention for as long as I can remember. Some will recognize the train station (which is now the Santa Rosa visitor center) from the movie, Shadow of a Doubt where Joseph Cotten’s character arrived in Santa Rosa by train to visit his sister and her family.

It’s an exciting dream to see unfold in an area that is desperate for urban regeneration.

And a dream that’s taken 30 years to really begin. 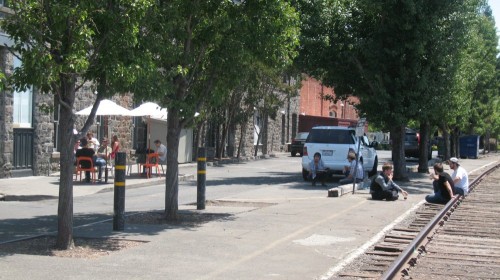 As I stood staring at the people milling about enjoying their Sunday I thought of New York’s The High Line Park — a community redevelopment project having to do with old train tracks too.  It took 5 years of fundraising, numerous permit applications, and a lawsuit against a city in order to break ground and change what had become an eyesore to many in New York.

The dream of New Yorkers Joshua David and Robert Hammond brought a part of their city to “greener” life — it is now a major tourist attraction, and beloved jewel of New York.

It wasn’t easy, but few in New York can argue the dream wasn’t worth it.

I am happy to note that I haven’t had to face lawsuits and environmental impact reports to make my dreams come true.

Charles Schultz’s Peanuts statues sprinkle the streets of my downtown, further reminding me of another dreamer, who I used to skate up to at the local ice arena when I was no more than 8 and say, “Hello there Mr. Shultz!” He seemed perfectly normal to me, even though he liked to sit in a corner sipping hot cocoa and sketching odd characters on napkins while children ran about him in ice skates. 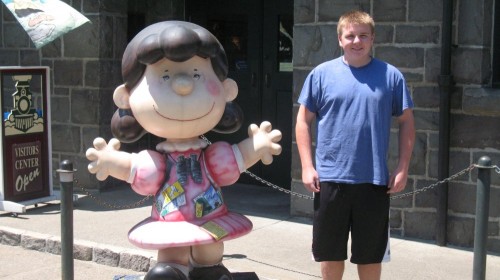 His first regular cartoons, titled Li’l Folks, were published in 1947 by the St. Paul, Minnesota Pioneer Press. In 1948, he tried to have Li’l Folks syndicated through the Newspaper Enterprise Association, but the deal fell through. Li’l Folks was dropped from the Pioneer Press in January 1950. (Wikipedia)

Some dreamers might have stopped their dream at this point.  Here he’d been drawing since he was in grade school and was now in his late 20’s — probably a time in his life when family and friends wondered if he was going to settle down and get a “real job.”

But instead of giving up, he put together a collection of his best comic strips from Li’l Folks, which then he renamed to Peanuts and submitted to the United Feature Syndicate, who ran them on October 2, 1950. The strip became one of the most popular comic strips of all time and his career took off. It was 20 years of dream work.

20 years of dreaming one dream.

As I stand there thinking about the dreamers around me, my teenage son reminds me that he is one too and is in desperate need of football cleats for practice this week.

If he ever stops growing and eating I might be able to buy a new dress. 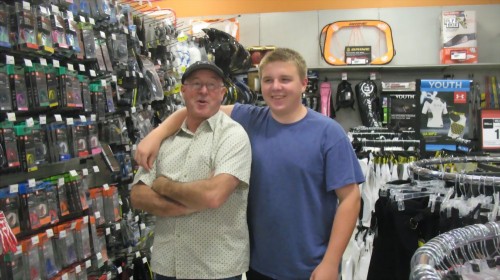 The next thing I know I am knee deep in back-to-school parents who are dropping 250 dollars on sports shoes and sweat pants in a local sporting goods store where my son would love to get just a little bit of everything he can see.  As we round the corner to the football cleats section, I’ve lost him and my ex husband to their world — deeply absorbed in my son’s athletic dreams.

By the time Charles Shultz’s kids were my son’s age he was buying them Maserati’s, Mercedes’, and building them their own personal tennis center.  I am sweating football cleats.

My son doesn’t want a tennis center. He’d just like a decent pair of football cleats so he can play at his best for a chance to attend the college of his dreams on scholarship. 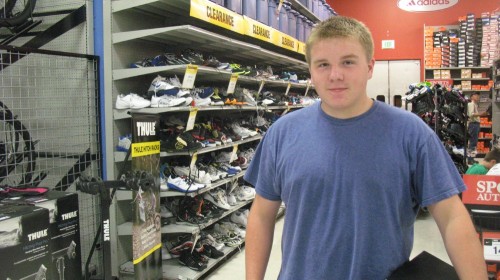 Maybe this is why I am feeling the pinch of my dream and I am impatient to move it to the next level … because what I do affects my son and his dreams.  These thoughts make me question whether I am doing the right thing — even though he has said that he doesn’t want me doing anything else but working on my dreams of being a freelance writer and top blogger.

And without me now yelling at my son to please stop wearing his cleats around the house?

I think I just sounded a little like Lucy … but he sure does remind me of Charlie Brown sometimes.

A very adorable, dreamy Charlie Brown that is.

See you next Sunday night.

« Should You Quit the American Dream?
Thoughts on Money and Fish: Is Money the New Trust? »