You Are Here Home » LAUNCH YOUR DREAM » Goddess of Vengeance: An Interview with Jackie Collins 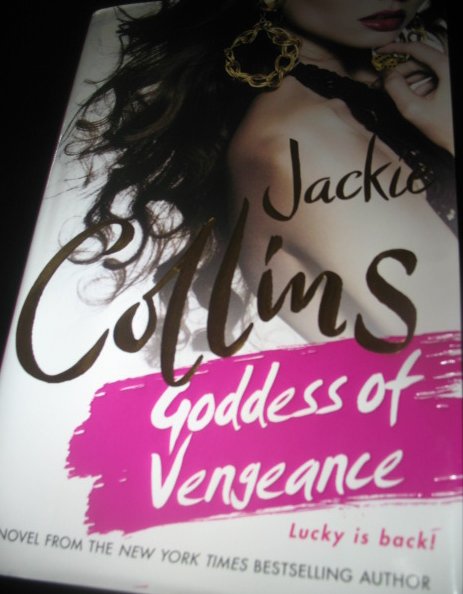 New York Times best-selling author Jackie Collins granted me an interview for her latest novel, Goddess of Vengeance.  I have to be honest with you and say that I was very nervous when I called her phone number.  I mean come on — she has now written 28 novels and 27 of them have appeared on the New York Times bestsellers list (just give this new one a couple of weeks). Her books have sold over 400 million copies worldwide.

Talk about an amazing dreamer.

I wanted to be professional and not sound like an idiot.  She was gracious and kind.  Speaking with her on the phone is something I will carry with me for the rest of my life.  She made me feel like I can do anything (including conduct the interview).

No wonder her readers love her so much.

1.  As an author of 28 books, where does your inspiration come from?

Inspiration is all around me. When I was a kid growing up I read all these books by male authors like Harold Robbins and Mickey Spillane and I thought, ‘Hey — they’re great and they’re very exciting but the women are always in the bedroom or the kitchen, so it’s a question of sex or cooking’ and I thought, ‘We’ll . . . when I write I am going to write real kick-ass heroines’ and in the Santangelo family I think I’ve created  that.

In [the book] Goddess of Vengeance, Lucky is back and she’s kicking ass more than ever.  And what happens is that my readers love this and they come to me on Twitter and the come to my website and they come to my Facebook Page and we have a great time with the character of Lucky.  She’s a really strong woman and that’s why they [my readers] love her. 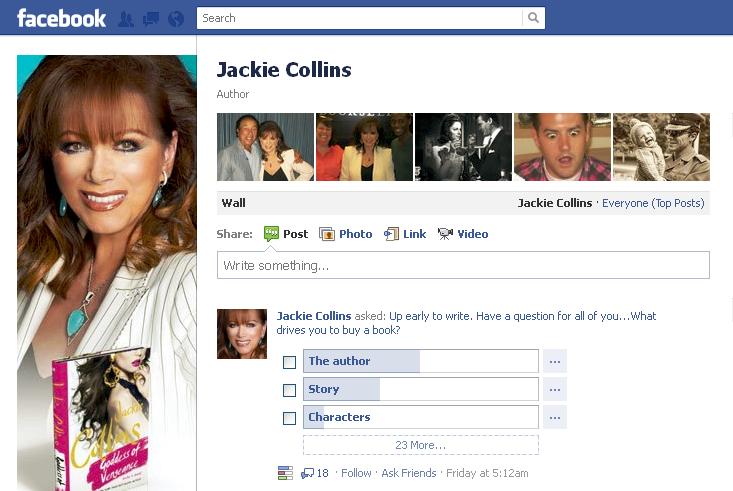 2.  The character of Lucky isn’t easily intimidated.  What advice would you give women who are letting fear get in the way of their dreams?

I really have this message for women, but I usually share this message with very young women and it’s that GIRLS CAN DO ANYTHING! I truly and strongly believe this to be true.  Therefore, I believe that women should have more in their lives than waiting for a man to come along, waiting to have a family — a family is great — but a woman should have a passion in life and something that she can do  and be successful at, whether it’s writing,  whether it’s sewing, whether it’s making cupcakes — ladies you can have a business venture and you’ve got to have the confidence to do it!

3.  Then is writing play or work for you?

Writing for me is a passion.  I’ve always written since I was a little kid.  I love creating characters, but most of all I love creating strong women that my readers love to read about.  The character of Lucky in Goddess of Vengeance is very strong and she gives women hope in a way because she doesn’t dwell in despair.

You won’t find her saying things like, ‘I just broke up with my boyfriend and I was on the phone to my girlfriend and I was crying and he broke my heart.’  What would Lucky do? She’d get up off the floor and get right back out there because Lucky is that kind of inspirational woman.  And I get so many letters from people about how her character has helped them in their life.  She’s such a strong woman and why not be strong as opposed to weak?

4.  Since you first debuted the character of Lucky in the 1980’s, do you think her character has become even stronger or changed as women have changed?

Yes.  I think she’s become stronger because as you know her character’s father said, ‘You cannot take over the family business.’  He was building hotels in Las Vegas and she said, ‘But I want to.  I am capable of doing it!’  And he said, ‘No you’re not!’  They had this big family argument and he married her off to a senator’s son when she was 16-years-old.  She escaped form that life by divorcing the senator’s son and ultimately acquired control of her father’s empire.  She’s always had to be strong.

There are seven books about Lucky and you don’t have to have read them all to enjoy Goddess of Vengeance, but as the books have progressed you’ve seen her grow stronger and stronger.  Now she owns the keys to Las Vegas and she has built this beautiful hotel complex.

Along comes this man from the Middle East who hates women — he finds them inferior and he plans to buy her hotel.  She is determined that this won’t happen.  They have this huge battle of egos and Lucky, of course, is going to come out on top.

5.  When you are writing your books do you ever feel like you are one of your characters?  Does Lucky come from a part of you?

I think I become all of the characters.  In Goddess of Vengeance I’ve written one of the most evil characters in Armand Jordan. He’s such a bad man.  His character came to me when I was reading an article in the New York Times about a woman in Saudi Arabia being stoned to death and I thought, ‘How can this still happen in this day and age?  How can they do this to women?’

I wanted to show a man who came from that kind of life so I made a fictitious country in the Middle East and showed how in this fictitious country they have no respect for women.  Women are inferior beings there.  If you look at Saudi Arabia, women aren’t even allowed to drive cars and some of them are being dragged out of cars and beaten.  I think it’s ridiculous.  So his character came to me.  He’s a pretty bad villain and I channeled him.

That’s what I do with all my characters — I channel them.  I might be Lucky when I am writing Lucky and I might be Armond when I am writing him.  He’s disgusting.  He will only sleep with prostitutes and he does unspeakable things in the book.  He humiliates women, but I channeled him so I become that character.  I don’t know where it comes from … I was just given the gift of telling stories.

Yes it is interesting because it’s like my characters do become real to me and they become real to my readers too.  I know that on Twitter they’re always saying, ‘Lucky is back and better than ever!  We love her and you’ve got to keep her around!’  And on the audio of Goddess of Vengeance I read Lucky and that was fun to do.

7.  Do you think the Goddess of Vengeance will become a feature film?

I’d love to see it become a feature film. I’d love to have an actress like Angelina Jolie play the title role  because she is strong and she is every woman.  She’s got all those children and she’s got a beautiful big heart.  She’s a fabulous actress.  I think she’s the best.

8.  Looking back on your career is there anything you would have done differently?

I probably would have tried to get published earlier.  I was pretty young when I got published but I am thinking now with the Internet if you are 16 you can try to get published.  That would have been fun.  And I should have built more houses in Beverly Hills.  (We shared a great laugh over this answer.)

9.  My final question that I love asking is what did you want to be when you were a little girl?

I’ve always wanted to be a writer.  If I wasn’t a writer I would have wanted to be a prosecutor.  I would have defended women’s rights.  Because there is nothing worse than when there’s a rape case and the man says, ‘Well you know she had a short skirt on — what do you expect?’ I think that rape cases should be tried by women who understand that it’s not the clothing — that a woman should be free to do whatever she wants to do and not have to risk being raped.

When I nervously dialed her phone number I never expected to find such a champion for fearless women.  In the few minutes that we chatted I learned that successful dreamers like Jackie Collins are absolutely passionate about what they do.

I wish you could hear the sound of her voice and her razor sharp confidence in what she believes.  Her love for what she does reaches out through the phone and slaps you across the face, like that scene with Nicholas Cage and Cher in Moonstruck where she slaps him and says, ‘Snap out of it!’ calling you to go after your dreams.

At the end of the interview I realized I need to take bigger risks in my dream life.

I get why her fans adore her.