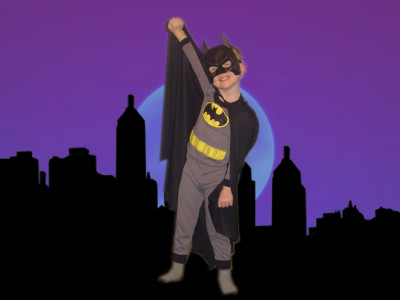 What would you do if you were brave?

The Fears That Come With Being A Motivational Speaker

When I was pregnant and taking child birth classes, the instructor told us that when the pain hits, not to fight it, but to ride the wave instead.  I thought she was crazy. I was choosing drugs, baby, all the way. (Old habits die hard.)  In the long hours leading up to the actual delivery, before I would get the drugs, there was a lot of pain.

I remember the waves of pain and how I would grit my teeth, hold my breath, and how my entire body would tense up as I would fight this pain. It didn’t work. And then I remembered what the instructor said, “Don’t fight it, ride the wave.”  I had no idea how to do that, but I decided it was worth a try.  When the next pain hit, I forced myself to actually relax into it and breathe. I pictured myself riding the pain like an ocean wave into the shore – but without all the sand. (Not a good image picturing me in that bathing suit.) But it worked! The pain didn’t disappear entirely, but I was able to handle it better when I didn’t fight it.

This is what I have learned to do with stage fright and the other fears that come with speaking on a stage.

Our tendency when we are afraid is to fight or flight.  What if we didn’t choose either? What if we choose to ride the wave instead? To close our eyes and breathe?To join the pain instead of boxing with it?

Next time you find yourself facing that fear again, just try something different this time. Don’t fight it. Don’t tense. Don’t hold your breath. Close your eyes. Breathe deeply in and out. Picture an ocean wave rolling into shore. Instead of standing up against that wave, turn and ride it all the way in,  Your fear might not go away, but it will be easier to handle, and won’t stay as long.

And if it works, try it with your mother-in-law when she says she thinks you’ve put on weight. 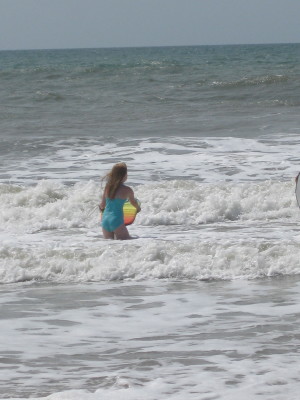 « How To Get The Most From a Speaking Coach
Is It Okay to Sell from Stage as a Keynote Speaker? »