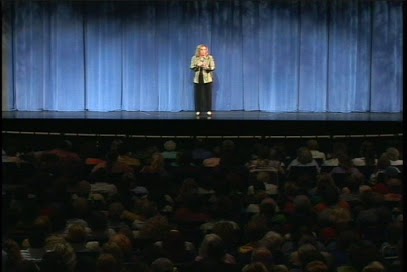 If you are afraid of speaking in public, you are not alone. It’s in the top five – I think even higher than death. Yes, people would rather die than get up in public and speak. At least some people. As a keynote speaker, people assume that I don’t have stage fright. Not true. While I don’t have it as bad as I once did, there is always a little bit of fear. And when I first started, it was downright misery.

So how do we keep from being afraid on stage?

First of all, don’t picture your audience in their underwear. That does not work. Especially if you speak to senior citizens. And for the sake of example, for today let’s just talk about regular people who don’t speak for a living, but find themselves in a position where they must get up in front of others and talk.

1. Prepare.  The best thing that you can do is plan what you are going to say. Write it down. Practice it. Type it up in a really big fat font and just read the thing. Do not, I repeat do not, just wing it. This never goes well.

2. Act like you don’t care. Put this in perspective. The fate of the world is not resting on your delivery. Nobody really cares. You aren’t on Broadway. They’re just glad they didn’t have to get up there. They are not waiting to judge you. Just say your piece and get over it.

3. Breathe.  A couple of long slow breaths before you start speaking will do wonders.

4. Make eye contact with nobody. Look around the room but don’t look right into their eyes. Look at the tops of their heads, their noses, anything but their eyes. They won’t notice, and it will make it a lot easier to focus on your words.

5. Don’t be afraid to laugh at yourself.  If you make a mistake, laugh it off. Tell them it went so much better when you told this to your dog. If you’re okay, they’ll relax. If you look like you’re having a stroke, they will be extremely uncomfortable.

6. Just pretend like you’re talking to someone at your kitchen table. It’s hard, but just imagine you’re sitting with a friend. You’re not Shakespeare. You’re just a human being. The more human you are, the more likeable you will be to them.

If you try these six secrets next time you hit the stage, it will make it much easier.  And take every opportunity you can to speak in public. The more you do it, the easier it becomes, and before you know it they won’t be able to shut you up. 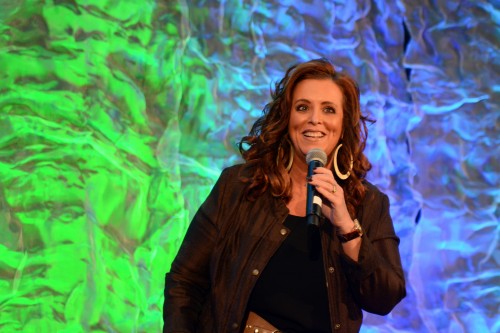