You Are Here Home » BE A MOTIVATIONAL SPEAKER » Should Motivational Speakers Script It Or Wing It? 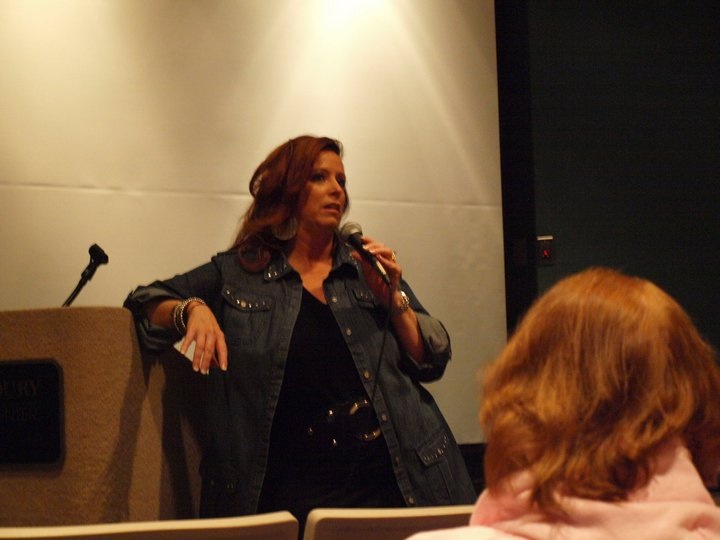 To Script Or Not To Script, That Is The Question Dear Motivational Keynote Speakers

Whether to script a speech or follow a general outline, has been a long running question among professional speakers.  There are some (like me) who swear by scripting, and there are some who swear against it. All in all, it makes for a lot of swearing. And the question still has not been answered. It depends on who you ask. And I’m not going to make it any easier by answering that question because I have seen scripted speeches that were horrible, scripted speeches that were brilliant, improvised speeches that were horrible, and improvised speeches that were brilliant. And much depends on the talent of the speaker. Some speakers (like some comedians – Robin Williams, for example) are absolutely brilliant on their feet, reacting to what is occurring around them. But most aren’t. You need to know which category you are in. So rather than direct you down one road or another, I would rather take both roads, and give you advice for each.

And, by the way, I used to do everything scripted – start to finish. Now I only do that for a keynote that falls somewhere between twenty minutes to an hour. Anything longer, and I script, but leave plenty of openings for improvisation. And often when I speak to groups of speakers, I won’t script at all, and simply let the audience’s questions dictate what I teach and when. However, I will often resort to scripted stories and comedy bits to entertain them as I go.  I don’t need a script when I speak to speakers because these are workshops, not keynotes, and I know my content backwards and forwards. And, again, I insert tons of scripted material – and I guarantee that those are the parts they love most.

No matter what road you choose – KNOW YOUR CONTENT.  By content I mean the stuff that you teach – the points that you make. Script it. Memorize it. Say it forwards and backwards. Practice saying it in a condensed version – think radio commercial nuggets. Practice explaining it to your friends in casual conversation. Accept as many podcasts and interviews as you can as these will force you to become very familiar with your material.  Did I say script your speech? No, I said script your content. There is no excuse to be on stage and lose your place and not be able to keep going, at least with your content. Your content should have a general clear progression. It should answer questions. It should teach and enlighten and make sense.

The reason so many people advise against scripting is because they have seen speakers who scripted and looked mechanical and fake and, well, scripted. The key is to script your speech, and then memorize it and practice telling it like it’s not scripted. Yes, this takes a lot of work.

Even though you will be memorizing every word of your script, prepare a general outline as well. My outlines only have one or two word titles, and can fit on one or two pieces of paper and put on a podium, or on the floor of the stage. Memorize this outline. It will help you jump to where you need to be if you lose your place.

Make sure when you write your speech that you write it in a natural progression that makes it easier for you to remember.

Don’t sweat it if you don’t say your speech exactly as you wrote it. The fact that you spent so much time on it will keep you clear and concise. So what if you substitute a word here and there?

Be careful with poetry. If you forget poetry that rhymes, the audience will know you’ve messed up. Same with songs. Spend more time practicing poetry and songs.

Don’t sweat it if you mess up on your speech. The audience doesn’t know you messed up if you don’t tell them.

If you have to, bring notes. An audience isn’t going to care that you have notes on a podium and you refer to them. I’ve seen some of the greats in this business actually hold their written speeches in their hand.  I think the audience is more forgiving of a speaker who reads notes than a speaker who bumbles their way around their speech.

While you may decide to wing it on stage, at least have a concrete outline of where you want to go. I recommend that you at least memorize this, rather than depending on notes or a PowerPoint. Knowing where you want to go will keep you from rambling and giving a speech that doesn’t follow a natural progression of points.

Don’t improvise your jokes. Jokes are better when they are written. I promise.  But you can improvise being funny and being you and letting your own personality out. The more comfortable you are, the better you will be at this.

Say more with less. The tendency when nervous is to keep adding words. The more words you add, the more you lessen the power of your speech. Audiences do not like speakers who ramble or repeat the same point several times. When I’m improvising, I just tell myself to “get in and get out and move on.”

Have golden nuggets memorized to use in your speech. By nuggets I mean those catchy phrases that sell and bring your point home and are memorable. You want to get these right. These should be tight and catchy. Memorize them and practice pulling them out in your speech when necessary.

So there you go….that’s my advice. I’m sure I missed something, but that can just be a subject for another post, or for the comments section of this post. No matter which road you choose, strive to get better on stage. There are too many speakers out there delivering the same message as you. Your advantage will be in what makes you different. I think that the success of a speech is in direct correlation to how long the speaker worked on that speech.