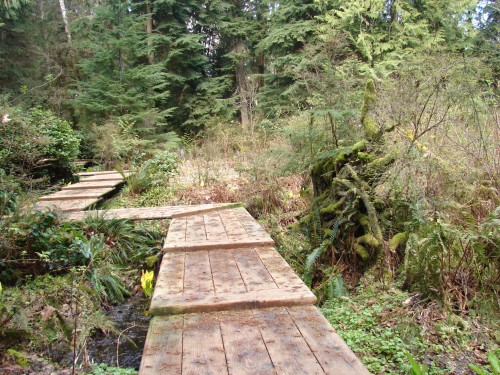 Sometimes the best path to take is the most difficult one.

Can you really write a book in 10 days?

There are so many articles and books that claim to have a shortcut to writing a book;

• Write a book in 3 simple steps

• How to write a novel in a weekend

• Write a book without thinking

• How to write a book while running a marathon

• Write a book without lifting a finger

As you’ve probably guessed by now, I’m skeptical. Why? Because I’ve yet to meet a writer who didn’t struggle with the process, in one way or another.

Writing takes time. It just does. To claim that the entire process of writing can be put into a neat, little box where it will emerge later as a fully formed book, is well…ridiculous. And it sets the writer up for failure. After all, what happens to the dewy-eyed new writer when day 11 dawns with only a few chapters written?

For most, it’s the end of their book publishing dreams. And that is truly the most harmful part of the whole thing.

The end of a dream is devastating.

The world needs your story!

Instead of looking for an easy way to write a book, instead of looking for one that won’t take too much time – consider the process of writing a book, something that can’t be rushed – like falling in love. Writing a book is like falling in love. Sure, I could follow a list of behaviors that people in love display. But anyone who has fallen in love knows that the process itself is full of little successes and failures, stops and starts, and something that isn’t easily to put into words–chemistry.

You can go through the motions – writing X-number of words a day, or following three simple steps, but if that chemistry between story and author isn’t there, it just won’t happen because there will be no magic. Love takes time to build.

Words on a page do not make a story.

National Novel Writing Month (NaNoWriMo) is the perfect example of this. It’s a free program that runs during the month of November each year. Participants sign up to write  50,000 words (the average word count of a short-ish novel) in 30-days. It’s a fun way to kick start your motivation and build momentum.

What it isn’t–is a place to write a publishable novel in 30-days.

In fact, if you look around on the website, you’ll see that the goal is to write words, not a edited, rewritten, or even cohesive story. There are even forums where participants share tricks for increasing your word count. The goal is to write words. It’s like trying to fall in love and just hoping the chemistry will happen along the way somehow.

Writing a book can be daunting, but the first thing you must do is not. First, you must write.

When I was on tour for my first book, Breaking the Code (Sourcebooks, 2011) I was often asked questions about how I got published. I understand the curiosity. People want to know how you did it, because if you can do it, they can too. These were sincere people; people who knew exactly what their story was.

They looked at me honestly, wanting to know what steps to take.

It took me a few author events before I noticed a pattern. When I asked these people a few more questions, there was one thing they had in common. They hadn’t written a word of this story that meant so much to them. And if they had written a word, they hadn’t finished a significant portion of it, or it had been 10, 20, even 30-years since they’d stashed it in a desk drawer.

The next time I spoke at an author event, I had a different message.

It might sound simplistic, or even funny. But it’s true.

That, my friends, is my #1 piece of advice. Write. Write on a regular basis.

And embrace that it’s a process, just as falling in love is a process. 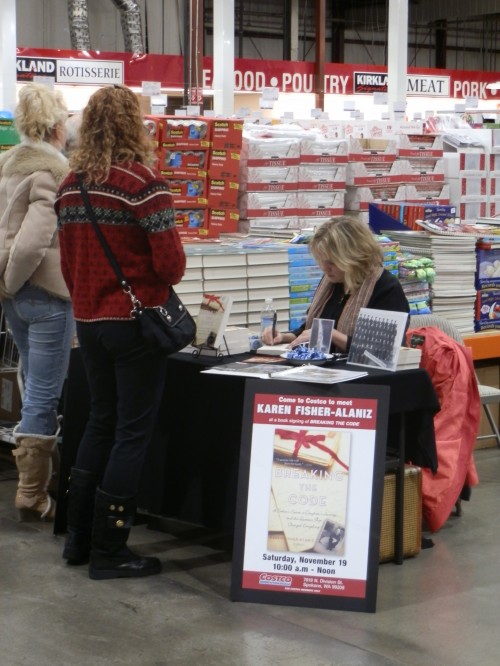 Most common question I’m asked, “How did you get published?”

My Personal Experience as an Example:

Writing the book about my father began innocently; I didn’t even know that’s what I was doing.

At the age of 81, he was suddenly suffering from Post-traumatic Stress Disorder (PTSD), and I had no idea why. He’d been in the Navy during WWII and all I knew is that he had sat behind a desk during the war, far away from the fighting. So, why after more than 50-years, was he now having flashbacks and nightmares?

We began having breakfast together once a week so I could ask him questions about the war; I was hoping to get to the bottom of why he was now suffering so.

Writing my memoir had begun, but I didn’t even know it yet.

I made notes as we chatted. Our conversations were often stunted and cut short, as memories flooded and overwhelmed him.

A few years passed and then one day he gave me more than 400-pages of letters he’d written to his folks during the war. I transcribed the letters, learning more about his WWII experiences in the process.  But there were gaps in the information written in the letters, so I started filling it in with what he told me over breakfast each week.

Eventually I had enough to start writing the story into a book; I planned to print it just for my family. But when I took the book to a writer’s group, everything changed. My fellow writers believed this book should be published. Indeed, what I’d learned about my father’s life and service during WWII was remarkable, so I decided to pursue traditional publishing.

In all, the book writing process took nearly 10-years.

Chemistry between author (me) and story had increased, as I learned more and wrote more. As the story grew, I was curious; I wanted to know more. Somewhere along the way, this story of family history had become something more. I wanted my future readers to go along with me on the journey; to feel what I felt, to empathize with my father. That’s what chemistry is, and what writing is all about – reaching out and touching your reader.

Even if I’d had all the information ahead of time, I could never have put this story together in a set amount of time, or by following some arbitrary number of steps. Why? Because writing takes time. Discovering the story you’re writing takes time. You’ll make mistakes. You’ll add and delete portions of your writing. You’ll re-word things for better understanding. You’ll edit and rewrite, and then you’ll edit and rewrite some more. Then there will come a time when you just can’t bear to look at your own writing one more time.

Step Away From the Story

Something that is underestimated and rarely spoken of in writing is the necessity of taking time away from it. It seems counter-intuitive. You just want to be done with this. But good writing needs time to marinate. You’ve spent months, or years writing your book. You’re so close to it that you can no long see it objectively.

That’s where stepping away from your manuscript comes in.

Putting your project on the back shelf for at least a few weeks, and up to a few months is an important part of the process that can’t be skipped.

When you come back to the project after time away, you’ll reread it with fresh eyes. You’ll see mistakes you made, problems with continuity, and you’ll easily see what’s missing and needs work. I’ve done this with 1,000 word articles and with 60,000 word books. It works. If you’re like me, you’ll wonder how in the world you missed the things you did in the first place.

Writing a story takes time. It can’t be rushed. Instead of looking for ways to make it easier or quicker, realize that it’s a process. The process is sometimes painful and often filled with wonder, curiosity, and frustration. But rest assured, it’s all

part of the process.

So, give yourself permission to fall in love with your story, no matter how long it may take. In the end, you’ll be proud of yourself for sticking to it. You will have spent just the perfect amount of time on your story and it will show in the writing. Your book–resting in the hands of readers–is all the reward you’ll need.

Write on. You can do this!