You Are Here Home » STARTING OVER MIDLIFE » Dollars and Cents: Why Price is an Imperfect Indicator 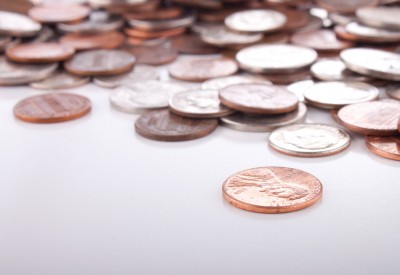 Watch out, Dreamers, I’ve got my thinking cap on again. Today’s topic: Price is an imperfect indicator. It’s often the “logical” way to make buying decisions, but it’s hardly ever the best way, all by itself.

What I mean by that is, that it’s tempting and even compelling to purchase based on price. For one thing, there’s not that much extra money flying around these days. We’re all trying to squeeze as much as we can from our dollars.

For another thing, I personally feel bombarded by choices, and sometimes (quite often) I resort to price as a way out of the thicket. Let’s face it. In this day and age, many of us use price as the go-to indicator of value.

Business is wise to the lure of low-priced products. In the modern world, it’s not that hard to keep prices dirt-cheap on commodities. Manufacture them in bulk, from low-cost ingredients, in low-wage conditions, and voila: you’ve got yourself a blue-light special.

But I am persuaded that as appealing as a rock-bottom price can be, it’s not the perfect determining factor for most buying decisions. Here are my reasons why.

I have a friend who is a wine-maker. He recently got his wine into the Costco line-up. Costco’s pricing is a bit cheaper than I pay my friend if I buy it from his winery. No brainer! Buy it at Costco, right? Nope. Why? Because big gas-hogging trucks picked up that wine and shipped it to some central warehouse far far away, where it got divided up into other big gas-hogging trucks and shipped back out again, back to my local Costco, which I have to drive 40 miles to get to.

The wine made from grapes that grow within walking distance of my house, that was blended and bottled on the other side of town by a guy I know and a couple of his buddies, has now traveled hundreds and possibly thousands of miles just to get back to me. I saved a couple of bucks on it, but I contributed to the expenditure of much more valuable resources. In the words of Bill Clinton, that dog doesn’t hunt, if you think about it.

If I think only of myself, then I will almost always let price be my guide. But there are other people affected by my buying decisions, and I would do well to consider them too. Did you know, for example, that something like 90% of the meat production in the entire world is in the hands of just a few big industrial giants? And the way those big industrial giants grow enough meat to fill world demand is by contracting with smaller local ranchers and then requiring business and ranching practices that drive those smaller local ranchers right into the ground.

You don’t even want to know what happens to the animals (but you should).

It’s not far off the Kathie-Lee-Gifford-bargain-clothing-made-in-foreign-sweatshops-scandal, except that it’s right here at home, and average people like us haven’t gotten up in arms about it yet. I’m good with paying $7 a pound for ground beef, as opposed to $2.50 a pound from the supermarket, Â if it means I’m not contributing to the industrial meat sweatshop. Not that I’m a radical or anything.

3. Price diverts from the real decision.

I let price lead me around by the nose.

Paying a little more reminds me to pay attention to portion control and avoid waste. Last week, I bought two local chickens. At the price I paid for them, you can bet I wasn’t going to throw away the necks and backs and wings. They’re in the freezer waiting to be made into soup. But think about it. When you get something really cheap, don’t you have a higher risk of treating it as disposable than if you paid more for it?

4. Price is a double-edged sword.

Like I said, in the modern world, it’s just not that hard to keep prices low, especially on commodities. All you have to do is maximize your efficiency and minimize your labor costs. But at some point on the continuum, maximized efficiency eliminates jobs, with the encouragement of minimizing labor costs.  If you’re going to pay your labor force minimum wage, then you’d better drive your pricing down, or no one will be able to afford anything.

Henry Ford saw the wisdom of building a car his employees could afford, but he looked at both sides of the equation: he made the car affordably, and he paid a wage that could afford it. In the modern age, when the pressure is on to keep the prices down, that equation can get quickly out of balance.

Mostly, the only way to keep prices down is to centralize mass production and distribution. That’s why prices are lower in chain megastores than in local grocery stores (if you can even find a truly local grocery store). But apparently, though we get our toothbrushes cheaper when we shop at Target, we are paying a different price – one that isn’t as obvious but that we keenly feel. Research shows that people who shop at farmers’ markets have ten times more conversations than people who shop at supermarkets.

That’s because a farmer’s market is a true marketplace.

People don’t go there just to buy and sell, they go there to share ideas, see their friends and neighbors, and build and sustain human connections. Conversations happen! A supermarket, on the other hand, is efficient and convenient. People go there to get a job done, and they don’t spend a lot of time standing around the produce aisle talking about how to cook rutabaga. A farmer’s market is a pleasure and a social event. A trip to the supermarket is an errand.