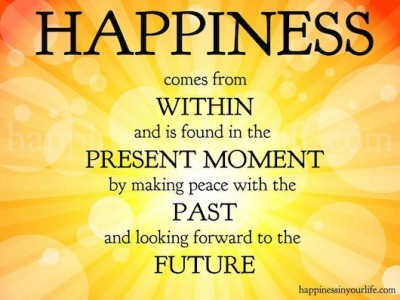 The universe had led me back to Troy, New York from San Francisco, to rebuild my home after a devastating fire. I spent a year getting the house put back together, and decided it was time to talk to the local Democratic party. There would be an election that year, in 2009, and I wanted to see what my options might be to participate.

I met with the head of the party for Rensselaer County. He indicated that there was no open City Council seat and that other candidates had already lobbied the Dems for those. There were however open County Legislature seats.

I decided to go through the endorsement process, knowing I’d have until June to decide. I got the endorsements of the Democrats and the Working Families parties. I talked to a number of people in the city and county to get their advice.

Almost everyone I talked to tried to talk me out of running for the county seat. What I really wanted was the city council seat, anyways, yet the Democrats had asked me not to primary the other candidates.

I ultimately decided not to run for county legislature, and also decided not to primary the other city council candidates, and to be a “good party player” instead. Other avenues were opening up in my life. I spoke my story out loud at a Take Back the Night rally for victims of sexual assault for the first time, committed to writing my book and hired a writing coach.

It felt like the universe was aligning things for me, in a new direction. I was open to it.

I worked on my book, completing the first draft in October 2010. I was ecstatic, but still, so much work left to do on the manuscript, but I’d written 476 pages, which felt like a miracle to me.

I started leading workshops that year as well on “Creating Your Happiest Life” and taking on individual coaching clients. This felt like a new direction–coaching, teaching, writing.

One More Window of Opportunity

In 2011 there would be another election cycle, this time with both city council and mayoral seats open. I spent January of that year teaching in India with my Buddhist spiritual teacher, Nithya Shanti. I had been invited back to teach at the School of Inspired Leadership (SOIL) in Gurgaon, India, and knew I might be teaching there again.

The direction my life was moving in felt good and I didn’t feel like I could commit to being in Troy the following January when the inaugural ceremonies would take place. So, once again, although there was a city council seat open this time in my district, and I could have run, I said no.

My instincts told me that I could make even more of an impact through my books, coaching, and teaching than through government work. And, I felt that I might feel too confined, unable to spread my wings if I wasn’t able to travel or pursue other opportunities for a few years due to government work.

I also knew that I wanted to have a family and wasn’t sure that running for office in my 40s was the best idea. I figured I could postpone that for later when my kids were older.

Now, months later,  I suddenly felt pangs of regret over the “road not taken.” It hit me viscerally, and I wondered if I’d done the “right thing.”

Since my mind, despite years and years of self-development work, neuro-linguistic reprogramming, and spiritual teachings, still sometimes likes to torture me, it created a scenario in which I could have somehow primaried the city council candidate in 2009, won, and then run for mayor in 2011, won and be doing that work now.

That is certainly a possible permutation in what could have happened, in the past. Likely or unlikely, who knows, and in my mind, who cares, since I am someone who loves to “do the impossible.” I started asking myself: Did I miss the great opportunity of a lifetime? Now one logically would say, and with accuracy, that I certainly can still run in the future.

Since I want to have a family, I might not choose to do it for another ten years, and yet, it’s doable. I can certainly apply my energy and passion for transformation in the urban arena in other ways. And, I’ve begun to come up with new ideas to do just that, including coaching women elected officials to help support them in these challenging roles.

Since there is no going back, I’ll never know what could have happened if I had tried. So now I am just making peace with what is and making sure I feel excited about my next steps moving forward.

How to Make Peace with the Past

1. You have always done the best that you could with the knowledge, wisdom, and level of awareness you had at any given moment.
With this in mind, how can you punish yourself for the decisions you’ve made? You did your best to discern what would create a better outcome at the time.

2. No one is perfect, and there is no such thing as “one” perfect destiny or path.
I don’t believe that life works that way. You learn and grow from your mistakes, and making mistakes is just part of the path.

3. Sometimes you just need a wake-up call.
A feeling of regret can linger and cause you to suffer or you can use it to examine what you want to create next in your life. If you feel called to do something else, you can figure out a way to make it happen in your life, or find other ways to channel that energy.

4. The universe is unfolding as it should.
You are somehow always where you need to be to evolve, learn and live your highest purpose. Grace is infinite and you can’t ever truly “fall off the path.” There are always new opportunities to create, grow and love, from where you are.

Life is now, life is short, and when you feel a powerful calling in a certain direction, sometimes it may be worth it to throw caution to the wind and just go for it and do the impossible, no matter what anyone else says.

Be grateful for the opportunity to do some soul-searching when things don’t go as planned. Life is too short and precious to let it slip away. Commit to doing whatever you need to do to create your best possible life, from where you are today. Commit to never saying no to your big dreams, just because others don’t believe in you. Only you can know what’s truly right for you.

Commit to saying yes to your life today, minus any regrets.

« How to Make Peace with the Road Not Taken, Part I
If You Want to Find Your Big Dream — Stop Looking »