I have never actually used one of those coin-operated vibrating beds in a cheap motel, but I imagine that this is what it would have felt like.Â The bed was shaking back and forth with me in it, as if a giant truck were rumbling by and shaking the whole street, or as if someone were lying under my bed, which is a few feet off the floor, shaking the mattress to wake me up.

I was definitely awake by now, and wondering what the heck was going on. Was it the construction next door? Was it indeed the world’s largest truck driving down my block?

Thought number three that floated through my sleep-fogged brain was that perhaps God, Herself, was shaking the bed to wake me up since here I was, napping on a Tuesday afternoon, and didn’t that make me lazy? (How would you like to live in my brain, by the way, with thoughts like these floating around all day?) 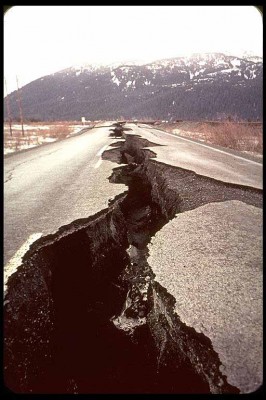 Here in New York, we are not used to earthquakes, so even after it happened I remained a bit dazed and confused. I stumbled into the kitchen, opened my Mac and checked my official news source, Facebook, to see what was going on.

Indeed, it seemed that every others status update from the East Coast said something like: “EARTHQUAKE!” or “The house is shaking!” or Â just “I felt it!”

There were also a few sad and disappointed, “I didn’t feel anything :(” remarks.

We Don’t Quake On This Coast!

Here’s the thing. When I lived in San Francisco, I expected and maybe in a strange sort of way even hoped that I would get to experience just a nice, small, pleasant earthquake at some point. Something that wiggled and jiggled us a bit without causing any real damage.

I did get to live through one of those once out there. It was 5-something a.m. and I was fast asleep, then suddenly wide awake.

I remember having the distinct sensation that there was someone in the room with me, yet I didn’t feel afraid. I didn’t see anyone, but felt a presence. (I would later attribute that to being one of my “guardian angels,” if such things exist!).

Then I heard a crashing noise from upstairs, like a shelf falling over. I suddenly got nervous that maybe someone was breaking into my landlord’s apartment ~ should I call the cops? Then I heard them scurrying around up there and talking, and all seemed well. I fell back to sleep.

That time I didn’t piece it together that it was an earthquake either until my father called at about 6:30 a.m. my time to say, “Did you feel the earthquake?”

Oh! D’uh! I live in San Francisco! That’s what that was!

But earthquakes are one of the reasons that East Coasters, including me in the past, would sometimes scratch our heads as to why people choose to live on the West Coast. Why would you actually choose to live on a faultline, knowing that could happen without warning at any time?

At least on the East Coast, we only have winter storms. Cold winters. It’s predictable: you bundle up, enjoy some snow, make some snow angels, trudge through slush for a while, then you’re done!

But you’re safe and there is no danger of the earth quaking beneath you.

Unless, of course, we’re talking about last week in which there was first an earthquake, and then a tropical storm (Hurricane Irene, downgraded from her original hurricane status) here in Troy, New York. So I spent part of my week shaking, and part of it quaking in fear of the flooding here.

Saturday the rains started and they stopped sometime Sunday evening, about 24 hours later. The roads hadn’t yet flooded near me, although I live just a few blocks from the Hudson River in a flood plain. So I breathed a sigh of relief that Hurricane Irene had been more gentle with us than expected. 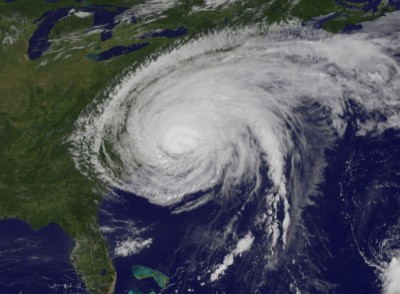 That is, until all the Facebook updates started pouring in about mandatory evacuations in my neighborhood, and extreme flooding levels expected by early a.m., and dams that might not hold, and lochs that could break. Sunday night I was up much too late moving things in my basement up to higher shelves, checking on the flood progression, talking to my neighbors about it all, and moving my car to higher ground so at least it would be safe.

Monday morning came and went with no flooding. Phew! I thought we were done with it. The tide in the Hudson River, so close to my house, kept rising however. The waters spilled over and flooded some downtown homes, restaurants and businesses, and those along the Poestenkill, only five blocks south of me.

Little towns nearby in Vermont and New York turned into raging rivers, with houses, cars and canoes full of escaping people floating down their main streets. The devastation was breathtaking.

Somehow, in our little city, our homes escaped the worst of it, and the tides started to recede again after 8 p.m.

Visions of The Apocalypse

I don’t know about you, but in my little mind, all of this crazy extreme weather business, especially following the tornados in my hometown of Springfield, MA a few months ago (which by the way is not a tornado zone normally!) started adding up to something almost apocalyptic in my mind. Would the hordes of locusts swarms over the fields next?

At the very least, it felt like Mother Nature was giving us all a swift kick in the pants to remind us that we ought to do a better job taking care of her!

After all, these natural disasters are often caused or at least exacerbated by global warming, and it’s no big secret now that our planet is heating up. The meditator and Yogi in me wants to remain in my space of believing that “all is well” no matter what, and the formerly freakishly neurotic and anxious me, the one I lived with for most of my life, wants to freak out and think everything is falling apart.

I find some common ground between the two and decide that maybe life did want to “shake me up” a bit just to remind me that:

Irene shook me up!

What I Was Left With After All the Shaking

Now I do not mean to exaggerate what we experienced, nor to minimize the true devastation earthquakes and hurricanes and other natural disasters have caused around the globe. So many people have been through far worse. Truly, we were lucky here that the damage was minimal.

Yet all this crazy extreme weather, all these tornados and hurricanes and earthquakes, does serve for me at least as a reminder that we all need to be better stewards of our planet, and that what we do with our lives now in this moment, and every moment, matters.

It made me want to recommit to living my fullest life and doing my best. I mean, heck, if the world is going to end, I want to be sure I lived fully while I had the chance!

So I wrote a “Commitment Pledge” stating my intentions to live fully, follow my heart, live my dreams, be kind, be brave, be in action, make things happen, take good care of myself, and to honor my soul. I printed it and I signed it!

I have this sense, I think fueled by all these recent natural disasters, that I want to use my skills and talents to play an even bigger game in the world, and have more fun. Life is NOW, and we don’t ever have full assurance of what is coming in the future. Why not reach for the moon, dare to believe in improbable amazing dreams, and relish every minute that we have?

If you are feeling the same way, here are some suggestions about how to make the most of life now, post-natural-disaster:

Be safe out there, and enjoy living this amazing life!