I read somewhere that runners view running as a remedy. Runners believe the psychological benefits of running far outweigh the physical demands. Running a marathon or footrace can be a challenge both mentally and physically. Overcoming the marathon challenge changes how you view your everyday life.

Participation in an event like the San Francisco Bay to Breakers Marathon is not a normal thing to do (no f-ing kidding), and for those who are crazy enough to take on this event to marathon 7.6 miles through San Francisco, the end can feel rewarding and quite possibly life-affirming.

Successful dream achievement requires you to go after a big goal others wish they could do but don’t have the courage. People who try to make their big dreams come true regardless of the obstacles, show a certain measure of character strength many people only dream of (excuse the pun) embodying.

To measure our dream character, four women dreamers from 8WomenDream and one photographer-husband decided to power-walk with some running here and there the Bay To Breakers Marathon to honor another dreamer’s big dream to run in the marathon. It’s important to support your tribe whenever possible even if it means pinning a number to your chest and getting up at 4:00 a.m.

The four 8WomenDreamers who knew the big race day was forthcoming didn’t train as much one should train to compete in a marathon–even when said marathon is a costume party with an emphasis on party.

As I drifted off to sleep the night before race day, I wondered if I was going to be able to finish the marathon. The race was to be the biggest test of my mental and physical endurance since I first was diagnosed with Hashimoto’s Disease. Was it going to be smart to push my body past the point of no return? I worried that I’d lost my mind by agreeing to participate in a marathon that didn’t involve dancing the entire time. I thought about the negatives for about five minutes more and then let the fear go by resolving to do my best and to have fun no matter what happens. 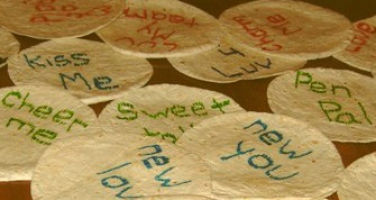 The race began with zeal, laughter and a lot of energy, but at about mile 5 my body and mind began to talk to me. LOUDLY. But instead of heading its complaints and stopping, something funny happened, I began to look around for inspiration to keep moving forward.

You don’t have to look far at the Bay To Breakers runners to find inspiration. Between the costumes and naked runners, there’s plenty to make you smile and think, “If he/she/they can do this race wearing or not wearing that, then I can do this race too!” When I’d think to find a bench to sit on, I’d find a group to look at instead, or another costume to laugh at, or other people to commiserate with who was right beside me footing the race. I was able to subdue my fear and continue forward. I kept telling myself that I was going to finish the race. The next thing I knew, I was over the finish line and barefoot in the beer garden rubbing the bottom of my feet in the moist grass with the smells and sounds of the Pacific ocean at my back. 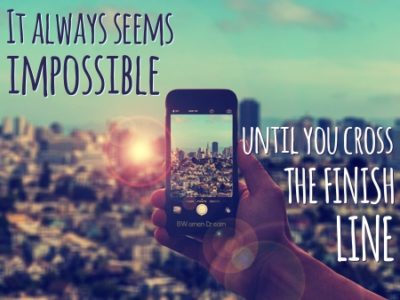 As exhausted as I was something happened to me mentally because of the fact that I had accomplished finishing a marathon. I crushed a challenge that I wasn’t altogether sure I could at this point in my life. And I didn’t listen to the voices in my head telling me it was OK to stop.

It was later said that we probably walked a total of 9 miles. It’s the most I’ve walked over my daily walks which is at the most three miles–usually, it’s two.

Each time my body, or my mind, wanted to give up on finishing the marathon, I simply turned my attention to a thought that made me smile and kept right on placing one foot in front of the other. Before I realized what was going on, I crossed the finish line.

Maybe that’s the metaphor for dreaming big: “It always feels impossible until you cross the finish line.”

« A Father’s Dream: To Have Happy Children
Funny Video: Moms Influence on Boys »