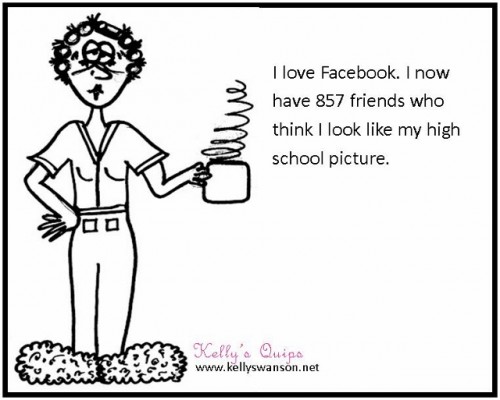 1. I’m a motivational speaker and a comedian, which means I tell you that you can do anything. Then I tell you I’m just kidding. Kelly Swanson

2. When God closes a door, He opens a window. So you can jump.  Kelly Swanson

3. Life begins at 40 – but so do fallen arches, rheumatism, faulty eyesight, and the tendency to tell a story to the same person, three or four times.  Helen Rowland

4. You grow up the day you have your first real laugh – at yourself.  Ethel Barrymore

5. I knew I was going to take the wrong train, so I left early.  Yogi Berra

6. My cousin, bless his heart, wasn’t a loser – it was just that he started at the bottom and liked it there.  Minnie Pearl

7. I am so clever that sometimes I don’t understand a single word of what I am saying.  Oscar Wilde

8. I’ve got all the money I’ll ever need, if I die by four o’clock.  Henny Youngman

9. People often say that motivation doesn’t last. Well, neither does bathing – that’s why we recommend it daily.  Zig Ziglar

10. Burn your computer. Blow up your TV. Bludgeon your cell phone. Breathe deeply. This, my friends, is the secret to inner-peace.  Brian Vaszily

11. A clear conscience is a sure sign of a bad memory.  Unknown

12. Life is not about how fast you run, or how high you climb, but how well you bounce.  Unknown

13. I’ve developed a new philosophy… I only dread one day at a time.  Charles Schulz

16. If computers get too powerful, we can organize them into committees. That’ll do them in.  Unknown

17. I feel like a fugitive from the law of averages. William Mauldin

18. If I had a dollar for every time someone came to me with not only a problem but also a possible solution to that problem, I’d have six dollars.  Brian Vaszily

19. Always remember that you are unique. Just like everybody else.  Unknown

20. Remember, today is the tomorrow you worried about yesterday.   Dale Carnegie

22. When your mother asks, “Do you want a piece of advice?” it is a mere formality. It doesn’t matter if you answer yes or no. You’re going to get it anyway.   Erma Bombeck

23. Do you know what you call those who use towels and never wash them, eat meals and never do the dishes, sit in rooms they never clean, and are entertained till they drop? If you have just answered, “A house guest,” you’re wrong because I have just described my kids.  Erma Bombeck 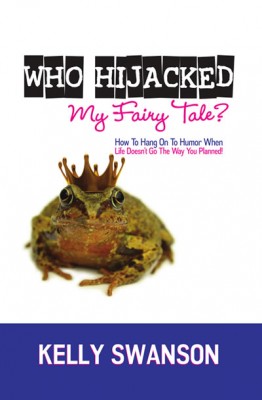 24. I only clean the parts of my house people can see. From the street.  Kelly Swanson

26. I haven’t trusted polls since I read that 62% of women had affairs during their lunch hour. I’ve never met a woman in my life who would give up lunch for sex.  Erma Bombeck

27. Guilt: the gift that keeps on giving.  Erma Bombeck

28. If you can’t make it better, you can laugh at it.  Erma Bombeck

29. Happiness is having a large, loving, caring, close-knit family in another city.   George Burns

30. I can remember when the air was clean and sex was dirty.   George Burns

31. I look to the future because that’s where I’m going to spend the rest of my life.   George Burns

32. I was always taught to respect my elders and I’ve now reached the age when I don’t have anybody to respect.   George Burns

35. I’m going to stay in show business until I’m the last one left.  George Burns

36. If you ask what is the single most important key to longevity, I would have to say it is avoiding worry, stress and tension. And if you didn’t ask me, I’d still have to say it.   George Burns

37. If you live to be one hundred, you’ve got it made. Very few people die past that age.   George Burns

38. It takes only one drink to get me drunk. The trouble is, I can’t remember if it’s the thirteenth or the fourteenth.   George Burns

39. I hate housework. You make the beds, you wash the dishes and six months later you have to start all over again.   Joan Rivers

40. If God wanted us to bend over he would put diamonds on the floor.   Joan Rivers

41. It’s been so long since I made love I can’t even remember who gets tied up. Joan Rivers

42. I blame my mother for my poor sex life. All she told me was ‘the man goes on top and the woman underneath.’ For three years my husband and I slept in bunk beds.   Joan Rivers

43. I have become my own version of an optimist. If I can’t make it through one door, I’ll go through another door — or I’ll make a door. Something terrific will come no matter how dark the present.”   Joan Rivers

44. The first time I see a jogger smiling, I’ll consider it.   Joan Rivers 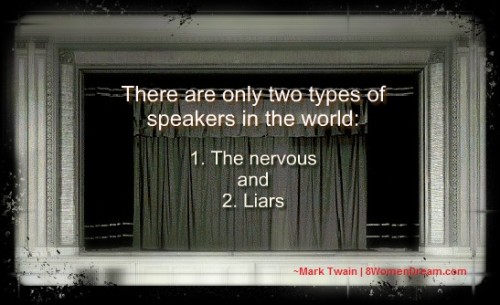 45. She doesn’t understand the concept of Roman numerals. She thought we just fought in world war eleven.    Joan Rivers

46. Ginger did everything Fred did, only backwards and in High Heels!”  Joan Rivers

47. There are three kinds of men. The one that learns by reading. The few who learn by observation. The rest of them have to pee on the electric fence for themselves.  Will Rogers

48. Studying humor is like dissecting a frog — you may know a lot but you end up with a dead frog.   Mark Twain

49. My grandmother started walking five miles a day when she was sixty. She’s ninety-seven now, and we don’t know where the hell she is.    Ellen DeGeneres

50. I ask people why they have deer heads on their walls. They always say because it’s such a beautiful animal. There you go. I think my mother is attractive, but I have photographs of her.   Ellen DeGeneres

“I love Facebook.  I now have 857 friends who think I look like my high school picture.” – Kelly Swanson

Do you have a favorite funny quote? Be sure to share it in your comments below.