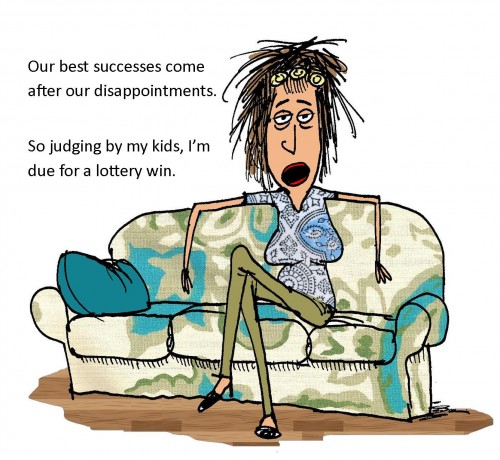 Funny Motivational Speaker Heads To The Land of Hecklers

It was a comment on my story about the woman with a mop. A comment from Dong Destroyer.

Dong Destroyer said it was a fake story, that I was scamming for Jesus, and then called me a name I’d rather not repeat.

My first thought was, “Mom?”

But that was last year. Today – I laughed. And I actually felt a little sorry for Dong Destroyer and his obvious bitterness over the actions of a stranger.

Today I don’t care what Dong says. Because it’s not a fake story, it is a true story. And even if it had been a fake story, I still wouldn’t mind. I’m a writer. I write fake stories. Get over it. (Except for this one. This one is true. You just can’t make up somebody like Dong Destroyer.)

The story never even brought up Jesus unless Dong thought I was implying that the holy of holies wears a hair net. In fact, I didn’t even know it was about Jesus. And if it was, I would have been even prouder. I’m a big fan of Jesus.

And scamming? What’s that all about? I’m not sure you could call my YouTube video a scam, especially since I wasn’t selling anything. I think scams are when you sell something and don’t deliver on what you promise. Right? This was a YouTube video, so I’m pretty sure it delivered the same thing 1 million other YouTube videos deliver, which, if you’ve seen the big hairy guy skiing naked, isn’t much.

So I did what I do with all of my feedback. I read it. As hard as it is to do, I listen to the feedback. Then I determine whether there is anything valid I can learn from it. Then I consider the source. (A.k.a. Dong Destroyer) And then I let it go.

This fits right into my theory that life isn’t about what happens to you, but about the story you write with what happened to you.  Feedback happens. I can’t control what Dong says.  That is the part that happened to me. But in the moment following, I get to write the story of how this feedback will affect me. How much control will I give this heckler?

When you can laugh at your heckler, you take away his power over you.

That’s my story, and I’m sticking to it. Take that Dong Destroyer.

What about you? Are you carrying around a story that needs to be rewritten?

(PS. To paraphrase my buddy JC – to some we will be a foul stench, and to others a sweet rose.)