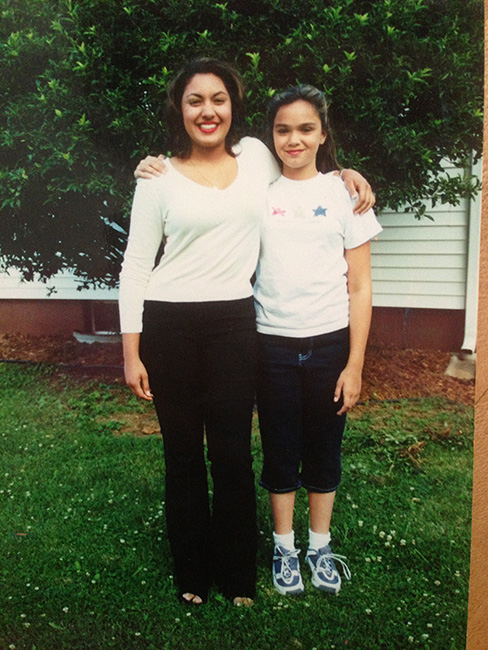 I wish I could have seen how beautiful I was back then. Body role models help us embrace ourselves.

Growing up I didn’t have many body role models.

I consider a body role model someone you can look up to who doesn’t fit the mold but rocks their body anyway. Today’s generation has Beyonce, J Lo and Kim Kardashian. Curvy has become chic and desirable. They even sell padding to make your bum and hips look bigger! (My teenage self cries, “Blasphemy!”) But growing up I felt left out. Both by having Arab/Indian dark looks and by having a generous tush and wide hips in an hourglass figure.

I was made fun of from middle school on. Boys would accuse me of “switching” my hips for sexual attention. I tried my hardest to walk without swaying. But wide hips on grasshopper legs can’t help but switch when walking.

I remember the ninth grade combing clothing catalogues for haircut ideas. I had J Crew, Victoria’s Secret, JC Penney… And not a single catalogue had a girl like me.

The most bizarre part of this is looking back at photos of myself. I was by NO means plus-sized. But because I couldn’t find girls like me in fashion, I assumed I had to be much larger. 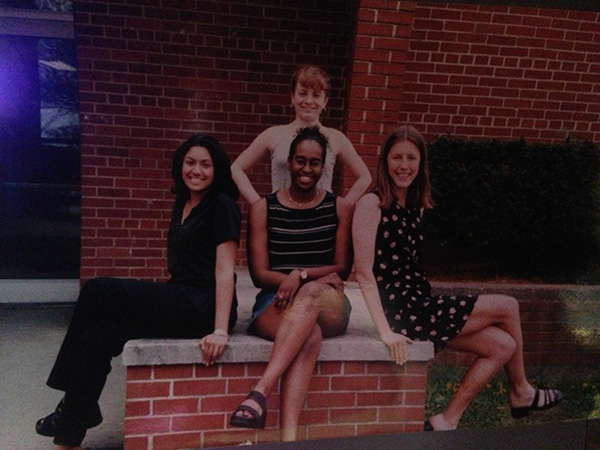 I was clearly not overweight, yet I identified as plus sized and curvy.

That’s when I felt the beginnings of judging my body from the outside. The kind of judgment that makes you feel icky inside. My thoughts went in a vicious circle:

“If I can’t find a single girl that looks like me, and these women are the epitome of beautiful then I must not be beautiful like these girls.”

Even though I was probably a size 2/4 in high school, my curves made me feel like I didn’t fit in.

Eventually, these reasons and others helped me embark on an exciting career where I would help women be their OWN body role model.

After a decade of promoting healthier body image, I get tagged quite a bit on Facebook when there’s an article or meme that supports women.
My friend James posted this gallery titled “the hottest plus sized models” to my wall and I clicked through it for a good half hour. The teenager in me rejoiced. So many body role models in all shapes, colors and sizes! I wonder if my self-esteem would have developed better if I’d had body role models like these fantastic women. Look at these two photos I’ve posted and look at the girls in the gallery. I thought I was huge yet I was smaller and thinner than the girls featured. It’s a travesty that many girls grow up feeling inadequate because we compare ourselves to Photoshopped perfection.

To the teenage girls currently grappling with their changing bodies: Everything that boys tease you for now will be things boys will chase you for later. I recently found out my bum (which I tried desperately to hide) was much talked about amongst the boys. Hang in there. It gets better.

With the internet, we can see and share information that can change our perspective if we let it. Look for woman that has a body similar to yours. But look for a woman who ROCKS it unapologetically. This could be a celebrity, a friend, anyone who you think looks like you and is not ashamed of their body. My website is chock full of women size zero on up and they glow because they’re reveling in their God-given beauty. You can too.