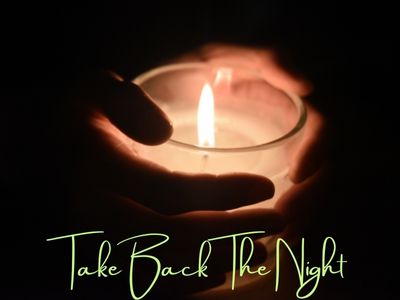 My best friend, who is a therapist for victims of sexual trauma, convinced me to tell my trauma story at a Take Back the Night rally.

From that moment, I became committed to my dream of writing a memoir about the traumas that fueled my deep depression and PTSD.

It’s a story of pain and recovery, darkness and resilience, and untimely finding my way to happiness.

I’ve been working tirelessly on edits and revisions while completing entire chapters. I decided to share an excerpt from this memoir I’ve been so tirelessly writing.

There may be content below that is triggering to you so I want to offer a  warning.

And so, here is part of my story …

The worst of it happened between the ages of 20 and 22, while I was in college.

Young, naïve, Princeton undergrad, an accidental overachiever who aced every class in high school without trying and now had to put some effort in, I was fumbling my way through college, like any mildly depressed, overweight co-ed feeling out of place at a school full of rich and pretty people might do.

During Christmas break sophomore year, I drove south from my parent’s house in Massachusetts to a friend’s party in Rhode Island. I didn’t want to get drunk, knowing how awful it felt – vertigo, throwing up, passing out. Been there, done that.

I decided to only have two drinks that night. I just wanted to hang out with my friends and relax. At some point during the night, someone slipped something into my drink, and the rest of the night was erased, except for one slice of memory in which I was lying on my back in the backseat of a car with a man pounding into me and dark glass behind that.

The man who raped me left me passed out half-naked in the back of his car.

It was my guardian angel, who I was sure was responsible for at least one of the sprouting sets of wings the massage therapist talked about, who found me in the car, carried me inside, cleaned me up, and put me to bed.

I remember none of this, only that when I woke up in the morning and saw the face of my rapist in the kitchen, bright white countertops glaring in the sun, glasses of orange juice on the counter, and his countenance–I wanted to kill him.

I never filed charges because I thought I would be the one put on trial. I moved on with my life.

I took a year off from Princeton to figure out what to major in since I’d drifted during my first two years.

When I returned to school, I was a jubilant English major, writing poems and reading 19th-century Victorian novels, ridiculously happy to bury myself in books again, which had soothed and comforted me as an overly smart, shy child.

During the winter of my senior year, I started dating a local starving artist, a “townie” who lived in Princeton but did not attend the university. Alan was six feet tall with sculpted muscles, a toned and hairless chest as I would soon find out, almond eyes, café au lait skin, and a chiseled jaw. He was half-Black and half-White but looked, Latino. He was impossibly handsome.

He had been courting me for nearly a year, chatting me up in the student center rotunda café. I had steadfastly ignored him but eventually, he roped me in by offering to do a pen-and-ink portrait of my family, modeled after a photograph.

I was so touched that he created this piece of art for me that I agreed to go on a date with him. The first week was okay, consisting of dates at Burger King which he could manage on his budget, a bottle or two of cheap champagne that we drank before stumbling back to my dorm room, and smoking cloves in the student café.

By week two, my intuition was flashing red neon signs saying “Run fast!” and I was just as steadfastly ignoring them. Alan had started to display another side of his personality, which included telling me “jokes” about how he was going to kill me.

One day in the basement of the dorms while folding his laundry, I discovered a pair of orange pajama bottoms with the word Trenton Psychiatric Hospital printed on them, and Alan’s last name stamped on the waistband. I froze, terrified, told Alan that I needed to get more coins for the dryer, ran back to my dorm room, and locked myself in, heart pounding.

What Was Going On?

Who was this man? What was his history? What should I do?

Mouth dry, palms wet, I finally talked myself into confronting him. He’d been strumming songs on his guitar while I did his laundry, and he set the instrument down and began to unravel the crazy story. He’d apparently already been arrested for stalking a woman who “couldn’t take a joke” when he’d threatened to kill her, he said.

He had kicked out the back window of the police car when they arrested him. He had impersonated a crazy person, he said, going ballistic, so they would put him in the psychiatric ward instead of in jail overnight. Apparently, it worked.

God only knows why I did not break up with him on the spot, but I didn’t know how to, and felt that maybe this was my fate. I’d been reading tragedies for my English class – Romeo and Juliet, Tristan and Isolde.

Perhaps I would die young at the hands of my lover. Perhaps that was my path. That March, as I was struggling to figure out how to leave Alan, who was getting more crazy by the day, I got the phone call that my beloved guardian angel, a young man I’d known and loved for nine years and who I felt sure I would marry one day long off in the future once I got all my silliness and insecurity out of my system, was back in the hospital for surgery again.

My guardian angel had a condition called Marfan’s Syndrome, a congenital disorder of the connective tissues that had weakened his aorta. He had survived open heart surgery at 19 and took impeccable care of his health, walking every day, taking all the required pills, altering his diet, and even giving up basketball, the sport he most loved.

He was training in college to be a sports photojournalist, so he could document the sport he loved since he could no longer play. I could see him and myself years into the future, at his family’s lakehouse in Maine, a rolling tumble of children – our children – falling off the couches, laughing, as we loved and laughed and lived, a happy family together.

I felt sure that would happen someday although in the interim I dodged his attempted kisses, too frightened by the tenderness I felt for him, and too sure that I would hurt him if I did not get my own wildness and confusion out of my system first.

Obviously, he would live a long life, and obviously, we would be together someday, if I could only survive Alan’s craziness. Instead, one Friday in March, while I was up late trying to write another essay about a tragic love story murder-suicide, I found myself playing sad love songs, Mozart’s Requiem and U2’s With or Without You–my favorites.

I thought I was going to die that night. I thought Alan would finally break in and snap my neck and it would just be over. At 7 a.m. I finally collapsed, sleep drugging me and knocking me into bed. Two hours later the phone started ringing and ringing.

The Moment My Life Split Into Before And After

I was alive, and my friend, my guardian angel was gone. He’d gone into the hospital for surgery number two and survived the night at St. Luke’s Hospital in Texas. In the morning at 7 a.m. his heart exploded.

I was inconsolable. This was not supposed to happen. This man was my future, once I got my own life straightened out.

Suddenly my life split in half, into my life with my dear friend and my life after. He was gone.

I was suddenly shocked awake into my own life, fed up with Alan’s craziness, since he had kept stalking me after I finally broke down and had him arrested, and it took five men to pin him down to drag him flailing and shouting out of my dorm room.

I was no longer willing to leave my future to fate. I moved out of state, back into my parent’s house, and spent the first three months back there planning a memorial event.

I withdrew from school for the semester. I couldn’t stand it that he was gone and that I’d never had the chance to tell him how much I loved him.

« Is a Little Greed a Good for Your Big Dream?
Fireworks Shooting Tips from a Pro Photographer Dreamer »