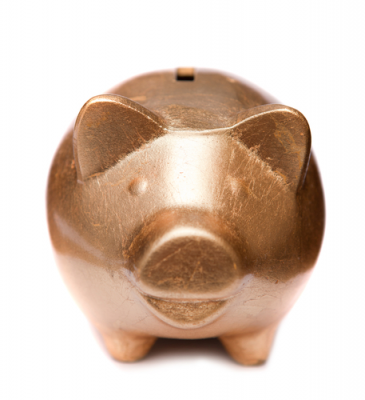 This week, I was to have held a first budget meeting with my darling husband – a major leap forward in my dream of mastering my personal finances.

I was ready, too. I had gathered up account balances and unpaid bills. I’d set up some budgeting software that I bought awhile ago.

I was actually – really, truly – looking forward to it.

Fate intervened when my computer took a sudden and swift nose-dive and had to go into the shop for three days. All the important records were housed on it. So we postponed.

While waiting for the computer to come back repaired and refreshed and ready for action, I read the manual for the budgeting software on my Kindle. The software I’ve chosen is YNAB, which stands for

“You Need a Budget.“

Many modern money management programs come with all kinds of bells and whistles and virtually automate all your financial tasks for you. Not YNAB. It’s both simpler than that and deeper than that. In fact, it doesn’t really automate much of anything for you.

Instead, it wants you to get in there and get your hands dirty in your own money.

YNAB is like a lens through which to view your financial condition, rather than a bot that takes care of your finances for you.

There’s a philosophy behind YNAB, embodied in 4 rules, or commandments.Â I’m just going to talk about two of them today – the two that hit home with me most strongly. In fact, I’m going to call these two rules commandments. They are that absolute, at least to me.

(If you want to read all the YNAB rules and philosophy, click here.)

Commandment #1. Don’t spend what you don’t have.

YNAB states this as, “Stop living paycheck to paycheck.” Spend what you’ve earned so far, not what you’re planning to earn in the future.

Initially, I read the rule, and I was confident that I got it. Good common sense. But then, while setting up the software, I went to the budget pane and was informed I was way over budget.

What the…? I should have had a bunch of money left over. I panicked a little, trying to figure out what I’d done wrong. I finally decided it must be a bug in the software.

I just hadn’t fully understood the implications of not spending what I don’t have. I expected 3 paychecks to show up in the available cash; but none of those 3 paychecks are yet in hand, so the software ignored them.

If today is May 3, and the next paycheck arrives on May 15, YNAB will not allow you to apply that money to your budget. It doesn’t even allow you to plan how you are going to spend that money when it finally does arrive. It will let you enter bills that are due, but if your bills exceed your cash on hand, Â it will tell you that you are over-budget. And you are.

Why does this matter? Because counting on future money is a form of magical thinking. Any number of things could happen before the future money shows up: you could get fired, or be hit by a bus, or the company you work for could run out of money.

Although it seems highly likely that your paycheck will show up as planned, and although it has always shown up as planned in the past, it is not wise to count on it until it actually happens.

Planning on a future paycheck is what allows a person to justify spending the money that should go for car insurance on something else – usually something less necessary and less important.

And that kind of justification is habit-forming; downright addictive, even. It’s the sort of thinking that leads to impulse buying, Impulse buying dooms personal finance mastery faster than just about anything.

So: No spending what’s not there. Period.

Commandment #2. Give every dollar a job.

If a person has done a good job of budgeting, then there should be money left at the end of the month, right?

Nope, not so fast. According to YNAB, a good job of budgeting means allocating every single dollar that comes into your possession. Granted, some of those dollars get allocated to hazier categories like “entertainment,” or “miscellaneous,” or “emergency,” but every dollar is still allocated.

Because dollars that don’t have jobs tend to get wasted. Kind of like teenagers with nothing to do.

There’s $50 left over this month. What can we do with that money? We can’t just let it sit there, doing nothing! I know – let’s run over to the local yarn shop and snap up some critically unneeded yarn.

I believe aimless money is the origin of the well-known sensation of money burning a hole in one’s pocket. You’ve got some money, it’s not earmarked for anything, and you’re itching to spend it.

So YNAB says, give every dollar a job. If you’ve got $50 left, give it the job of going into savings, or paying part of the cell phone bill for next month, or waiting to be spent at Christmas.

Just don’t leave dollars wasting away with nothing to do.

Next post…a report on the First Budget Meeting.

For now, what are your personal finance success commandments?