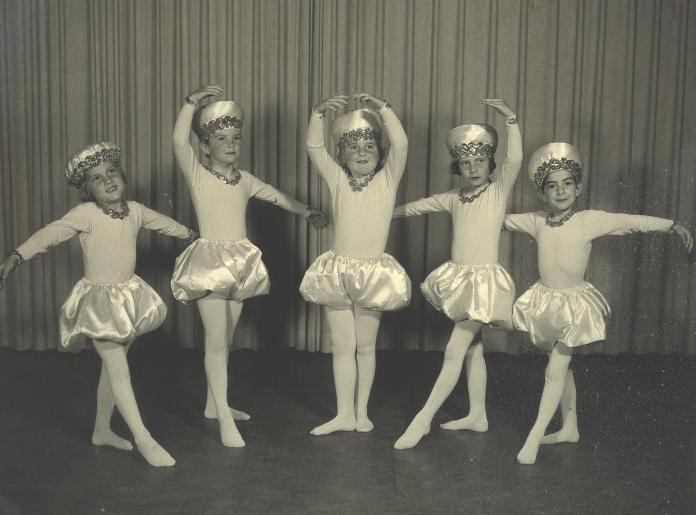 When I first started 8 Women Dream, my original dream was to write a book.  I succeeded at that dream, although it wasn’t a big book by publishing standards, but it was enough of a book to expose me to the book writing process.  It also taught me that dream achievement is hard work and writing that book was a lot tougher than I had anticipated.

To write this book, I had this hair-brained idea to bring a group of women together to help each other achieve a life-long dream. If I helped them then maybe they’d push me to write that book.  The weekly meetings quickly morphed into publishing on this blog what was happening to us as we attempted our long-lost goals.

Somehow I had managed to bring 8 women together to push each other towards attempting to push ourselves further than we’d gone before. I also somehow managed to talk them into becoming bloggers and entertain the masses with their dream stories so other women around the world might see that it’s never too late to dream.  It felt like an original idea.

Or so I thought.

Until I cleaned out my closet and opened an old container filled with old photographs of my youth.  It was then that I remembered that I used to do this kind of “get women together in a group” habit when I was very young. It would seem that my dream of writing a book was so much more than being able to say that I am a published author.

It’s why I wasn’t able to end 8 Women Dream after I had published that book and the first group of women achieved their first big steps in dreaming big.

As I rifled though those childhood photographs I stopped for a long time and stared at one of my first ballet performance photographs where I had been cast as the center pearl in a production having to do with undersea creatures.

I believed that I was a pearl and proceeded in convincing the other ballerinas in my group that we really were pearls and we were the luckiest dancers in the entire company. Even if we really did look like we had a loaded satin diaper with a bagel for a headpiece …

It was the beginning of me getting women to do things they weren’t sure they wanted to do and creating something more than anyone imagined.

I talked my prissy friends into to climbing  tall tress with my athletic friends to collect leaves to turn into some art project to give to our parents. 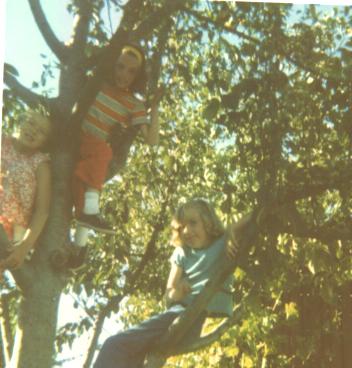 If we could climb this tree then we can climb any tree.

We can take bigger risks. 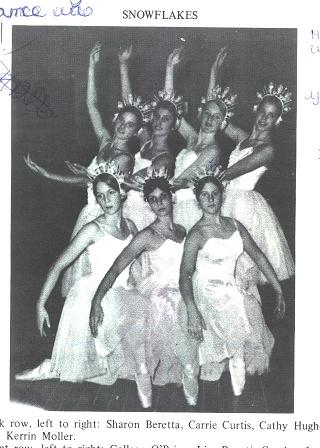 This was not to be overlooked when I became part of the elite Company and spent year after year as a snowflake with the same ballet dancers I had known since performing as pearls.

Heads up – we are snowflakes.

We can fly anywhere and land on anything.

Standing together we are powerful.

It didn’t change by college.

There we were. The Rosenbergs department store girls.

We learned to wear sun screen and protect each other from those things which might burn or kill us.

Then there were my roommates. I was forever coordinating where we would be going dancing. 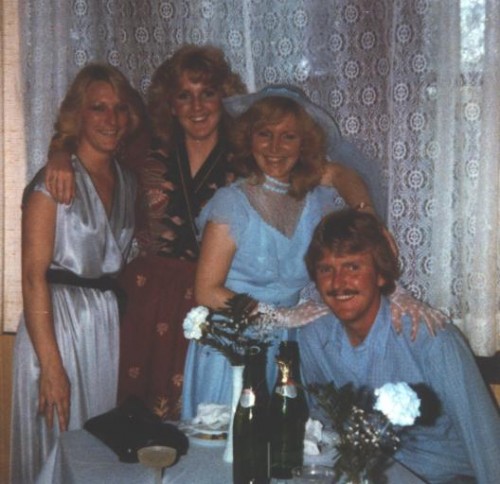 We can go to other cities to achieve our goals. Men can be our friends.

And family can sometimes be fun. 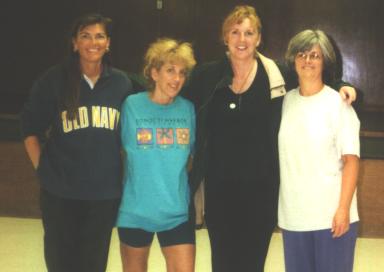 Then there was Boot camp.

A place where women worked out like they were in the military.

We can be strong as we age.

And there it was.  My whole life spent bonding with women – bravely stepping out of our shells – into new places.

I pondered. Why haven’t I seen it?

Oh wait. I’ve been distracted. By this little love that came wandering into my life. Who believed in Mickey Mouse.

So I forgot about the dreams. Being the champion of hope. Because he was my greatest dream materialized.

That dream became a teenager. Convinced that life was not all Mickey Mouse and Hollywood.

I begged to differ. For I was the woman who was told that she would probably not have any children.

Doctors – I don’t think so.

My son’s teenage angst reminded me that we need people in our lives who champion us on to our greatest dreams.

• You can love yourself exactly where you are – even if you are shaped like a pearl.

• You can be brave and take bigger risks.

• You can join groups and change people’s lives.

• You can enjoy family and friends.  Sometimes the opposite sex can be our greatest friends.

• You can grow better and stronger with age.

• Your miracle can come true.

Because I have the pearl costume pictures to prove it.