You Are Here Home » LAUNCH YOUR DREAM » The Secret to Success Online: Accept Feedback 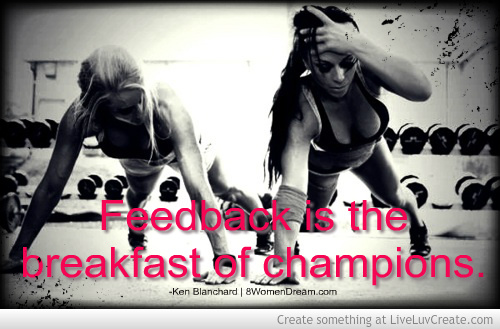 This week my brother reminded me of the realities of a family situation we are dealing with, and although I did not want to hear the truth, I knew it needed to be discussed. I’ve learned a long time ago that to accept feedback allows you to move forward in life and with your dreams.

My brother’s feedback allowed me to process the reality of the situation and adjust my future choices accordingly.

To accept feedback is to set yourself free.

I want you to understand that once you start putting yourself and your dream out into the world, you have to be ready to accept feedback. And, whether you like hearing what people think about your work or not — you cannot grow without it.

What are you going to do when people review your work online on places like Amazon.com?  What do you think actors do when their movie bombs at the box office and the critics rip their work to shreds?

To play with the big dogs you’ve got to grow a thicker skin and how you accept feedback determines your dream moxie.

I believe great athletes are successful because at one point they learned that to accept the feedback of a trusted coach is the key to making their dreams come true.  They see feedback as coming from someone who sees their potential and is willing to honestly help them bring out their best. Successful athletes strive for excellence while learning from their mistakes.

Accepting feedback marks the difference between an amateur and a professional.

Yes, I know.  I agree that there is some feedback you should ignore.  After a while, you will begin to recognize jealousy and abusive chatter over feedback intended to help you to the top.   How can you tell the difference between healthy feedback over words from someone trying to put you down?

Actually, there is an easy way.

I’ve had some wonderful mentor-bosses in my day and two of my favorite used to tell staff that you couldn’t come to them with a problem unless you had an idea for the solution. This criterion cut down on the employees only looking to complain without offering valuable feedback.

Good feedback is someone saying,

“Your blog is difficult to read on such a dark background. Has anyone said this to you before? I think if you ask your readers on Facebook they might offer some ideas. I understand white, light grey and ivory are very popular with readers.”

“Your blog is too hard to read so I won’t read it!”

Good feedback offers you solutions.  Constructive feedback allows room for ideas that you can implement.  Effective feedback is like going back to school for your dream journey – allowing you to see where you have drifted off course.

And, successful people know this.  Studies have proven that very high-achieving people welcome and accept feedback.

“Research shows people that are better at handling negative feedback tend to be more successful–and those that can’t are less so.”

“Being able to accept feedback requires a modicum of critical self-awareness,” says Mark Murphy, founder of Leadership IQ and author of Hiring for Attitude. “If you are of the belief that you never make mistakes, you probably have a narcissistic personality disorder, and it’s going to be really hard to give you feedback. Somebody who has enough self-awareness to recognize they might need feedback, that’s the person that’s going to say ‘Even when I’m on my best game, there’s always something I could have done to be better.’”

Murphy says that high performers are often high performers specifically because they’re good at accepting feedback and using it as fuel for personal growth. He cites Peyton Manning as a good example: “One of the things that makes Peyton Manning effective is his critical self-awareness. He throws an interception, he knows it was a stupid throw the millisecond that ball left his hand. And he’s open to the feedback. He spends hours studying the film. And the interesting thing is that high-performers are way more open to feedback than the low-performers are. It’s the low-performers, when you ask them, ‘What’s a time that you received feedback?’ who say, ‘I don’t know, I don’t really get much feedback.’ Really?”

“Nobody who’s doing anything worthwhile is going to skate through a situation without feedback.”

Where do I go for top blog feedback?

I write with seven other women and I do receive feedback from ALL OF THEM (HA!), but I am also lucky enough to have other people in my life who give me constructive feedback about 8 Women Dream and my work. And, I constantly ask for their feedback.  But I also comment on several top websites and stick my neck out in the comment sections asking for feedback, thus allowing strangers hit me with comments about 8 Women Dream.

I never look at them as negative – even the time early on where a group of top blogging professionals in a private blogging forum I belonged told me to get rid of six of the seven dreamers. I needed to start over.  I was stunned.  I didn’t listen to them because I thought they were crazy (there I was rejecting feedback) and eventually the six they mentioned moved on from 8WD because blogging was too hard to wrap their creative minds around. Those professionals argued that I wasted a lot of time not cutting those ties right away when the early 8WD writers had a hard time accepting how technology and reading on computers had changed writing — at least, online.

But I felt that training those writers at that time allowed me to fully understand what it takes to learn blogging.  It is not an easy subject to teach because there is just so much more to it than writing what you want and hitting the publish button.  And, I learned that it’s more challenging for writers who have not practiced or published anything since high school. 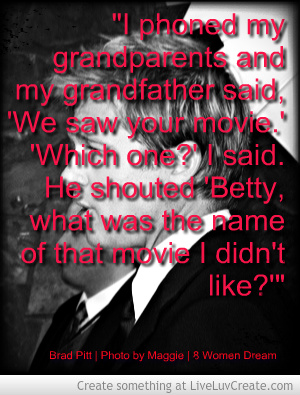 I did take to heart their points about ignoring their advice and continued to improve 8 Women Dream.  I’ve stopped taking on writers that don’t have their own blog and aren’t writing (or creating) outside of 8WD.  The original feedback I got was right.  I can’t argue with that.

That’s when you know feedback works.

Here’s the thing — if you were capable of making your dream come true — then your dream would have come true by now.  The reason it hasn’t is that you need to still grow more order to move beyond where you are at right now to where you need to be — the place where your dream actually resides.

Accepting feedback is the only way to get there.

Over the past ten years, I’ve been able to watch some best-selling authors pass their book chapters around to each other for feedback — each making suggestions and changes to the author’s work and emailing each other about what isn’t working. I know of one author who spent a week at another author’s home just helping edit and revise a book. Imagine someone dedicating a week of their life to editing your book!

The book went on to be a New York Times best-seller.

This is the stumbling place where writers either move into being paid for their work, or the dream of writing stays within family and friends and never fully sees the light of day.  The same is true of bloggers who want to become top bloggers in their niche.  They can’t be a success unless they move past writing for themselves to writing for their readers and seeing the feedback (especially the negative) in the comments and appreciate that the reader cared enough to offer more insight.

This is the place where many dreamers become frustrated and give up on their dreams by saying “It’s too hard” or “I don’t feel comfortable doing this” or my favorite … “But I’ve always done it this way.”

That’s fear and low self-esteem masking as blocking feedback.  Trust me, I get it.  Been there.  Lived that.

I’ll leave you with what best-selling author, Jack Canfield says about feedback:

“Once you begin to take action on a project or a goal, you’ll start getting feedback about whether you’re doing the right thing. You’ll get data, advice, help, suggestions, direction – and even criticism – that will help you constantly adjust and move forward, while continually enhancing your knowledge, abilities, attitudes and relationships.”

“But asking for feedback is really only the first part of the equation. Once you receive feedback you have to be willing to embrace it and respond to it.”

“Positive or Negative … it’s ALL good!”

“3 of the most common – and unproductive – responses to critical feedback are:

1. Caving in and quitting.
How many times have you or someone you know hit an obstacle and given up the goal because it was too hard or “not meant to be”? This is a poor way to respond to criticism, because all it does it keep you stuck in the same place.

2. Getting mad at the source of the feedback. (As an editor I have sooo lived on the receiving end of this one)
How many times have you responded with anger, hostility or resentment when someone has given you negative feedback? This serves only to push away the messenger and the feedback, when the message you’re receiving may be exactly what you need to hear to move closer to your goal.

3. Ignoring the feedback.
We all know people who tune out everyone’s point of view but their own. The sad thing is that the feedback they are blocking could significantly change their lives, if only they would listen.

If you fall into any of these traps, try to remember that feedback is not criticism. It is simply information – corrective guidance that’s meant to help to get you back on course to achieve your goal. I like to refer to negative feedback as information for “improvement opportunities.””

So before you continue on your dream path, ask yourself how you accept feedback. If you can’t handle the opinions of others then my suggestion is that you stop your journey and simply keep your dream as a hobby.  Continue on with your day job.

As for the rest of you thick-skinned dreamers out there: this week, embrace and accept feedback!