You Are Here Home » BRAVE LIVING » Are You Looking For Women Bravely Changing the World? The Niwano Peace Prize 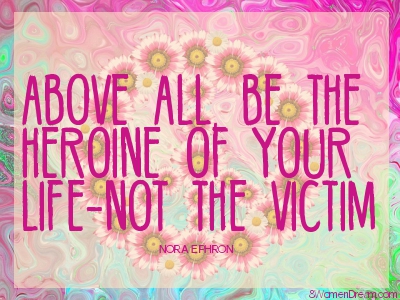 Today, I want to write about The Niwano Peace Foundation and women’s empowerment. It seems like a good time to introduce you brave big dreaming women to this peaceful organization while too many places in the world are at odds with one another.

We have influential male leaders saying disparaging things about each another combined with the anger generated by purposely antagonistic social media posts and the 24 hour-a-day negative news cycle.

The Tokyo-based Niwano Peace Foundation was chartered in 1978 to contribute to the realization of world peace and the enhancement of a culture of peace. The Foundation promotes research and other activities based on a religious spirit and serves the cause of peace in such fields as education, science, religion, and philosophy.

In 1983, The Niwano Peace Foundation established the Niwano Peace Prize to honor and encourage individuals and organizations that have contributed significantly to inter-religious cooperation, thereby furthering the cause of world peace, and to make their achievements known as widely as possible. 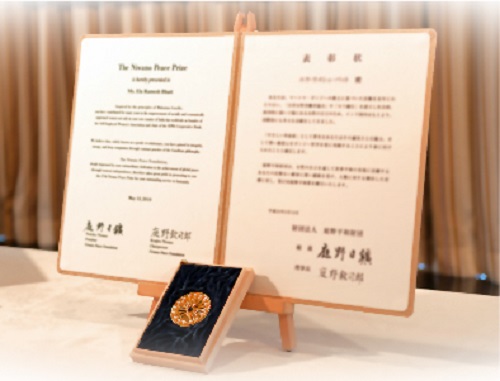 The Foundation hopes in this way both to enhance inter-religious understanding and cooperation and to encourage the emergence of still more persons devoted to working for world peace. The Prize is named in honor of the founder and first president of the lay Buddhist organization Rissho Kosei-kai, Nikkyo Niwano.

Each year, The Niwano Peace Foundation awards the Niwano Peace Prize to a living individual or an organization that is making a significant contribution to world peace through promoting interreligious cooperation. The presentation ceremony is held in Tokyo each May, and the recipient is awarded a certificate, a medal, and a monetary award.

The Past Brave Niwano Peace Prize Recipients are: 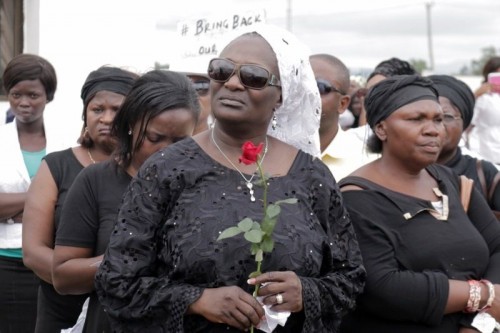 I’d like to bring special awareness and recognition to the 32nd honoree, Pastor Esther Abimiku Ibanga of Nigeria, founder of “Women Without Walls Initiative” (WOWWI), for her bravely courageous efforts to promote women’s empowerment and peaceful co-existence in Nigeria.

In 2010, she established WOWWI in an effort to end the violent and senseless killings of women and children in the Nigerian state of Plateau.

Since its inception, the organization has become a coalition of women groups across religious and ethnic divides.

Through the platform, women have become vocal about peace in the troubled regions. WOWWI is the first organization to have all the tribal women leaders as members, including Christian and Muslim women leaders.

Pastor Ibanga has worked extensively to foster and facilitate reconciliation between conflicting religious and tribal groups.

“Whatever must be done to bring peace, we must do for ourselves,” Ibanga says. “I believe women are the key. Women understand peace comes through persuasion, patience, and compromise. But we must be brave enough to assert our strengths.” (Source: The Boston Globe)

In selecting Esther as a recipient for 2015, the Peace Prize Committee said her work focused on “promoting and harnessing the potential of women as peacemakers.” The committee also said, “She has not only touched the lives of thousands but has founded and leads an organization that will impact thousands more.”

Women are the future and it’s time we come together for the good of all so that the world benefits. It’s time to bravely stop tearing each other down and stand up for one another.

The peace women can create will ensure that our children and our children’s children prosper. It’s time to look at a new and different paragram than the patriarchy that creates war and violence in the world.

The UN Women’s Open Debate on Women, Peace, and Security has found that countries that invest in girls and integrate women into the workforce tend to be more competitive. Thus, many governments are now considering or already implementing policies to promote opportunities for women. Mounting research and anecdotal evidence show that closing the gender gap is good for companies, too.

Those that successfully engage women can reap a rich diversity dividend. With talent shortages projected to become more severe in much of the developed and developing world, it is imperative for a business to have access to female talent. (Source: weforum.org)

Bravely Seek to Change Your World

It’s only by working and coming together bravely as women that we can empower each other to create a better world for the girls of tomorrow. We need to remember that women should be our allies–not our competitors. When acts of violence hurt one woman; it hurts all women. We are the caretakers of our worlds.

Let’s bravely expand our worlds to include the show of respect for each other as women, as mothers, as coworkers, as businesswomen, as wives, as daughters, as friends, as sisters, as grandmothers, as aunts, as leaders, as activists, as hope for a brighter tomorrow.

That’s what real bravery is all about.