You Are Here Home » WRITE WITH US » A Dream By Any Other Name: Am I a Prepper? 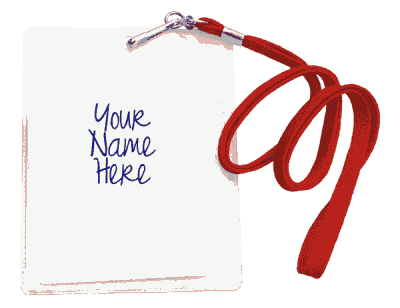 Recently, I was chatting with my hair dresser about my obsession with local food, canning and preserving, and bagging the supermarket. She asked me if I was a Prepper. I’d never heard the term, but she said her parents were Preppers and I figured, a dream by any other name…right?

Wrong! I did a little internet research on Preppers, and I conclude that I am not a Prepper.

Also, it’s important to say that Preppers are not the same as Survivalists, at least not according to some Preppers themselves. Survivalists have a tendency to collect guns and ammo, to arm themselves against a threatening horde. Preppers don’t want to hurt anyone. They just want to make sure they’ve got theirs when the calamity hits.

I guess on the surface I might look like a prepper. I’ve got 140 pounds of beef,  30 pounds of fish, and an assortment of chickens in my freezer. I’ve got 40 some odd jars of canned tomatoes, and various and sundry other home-canned goods stocked in my pantry. I’ve got 14 gallons of home-pressed apple cider on the back step, and 25 pounds of flour in a big bin in the cupboard.

But I’m not exactly preparing for a calamity. Well, maybe I am a little bit…I’m kind of expecting that getting a job that pays me what I used to make is going to be difficult, because jobs like I used to have are now becoming extinct. That could be a calamity, if I didn’t take compensating steps.

Similarly, jobs for young people are few and far between. Sir Empath is going to be 18 this year, not far from entering the job market. I really don’t believe he’ll have work like I had work, pretty much continuously for almost 40 years. I imagine Sir Empath, and O Psychic One after him, will instead have periods of employment interspersed with periods of unemployment. I want them to know how to live, and live happily, without being job-dependent. So, learning how to grow and preserve food, learning how to reduce expenses, and learning how to be resourceful are things I want them to get.

Mostly, though, I’m just stocking up. I’m stocking up to bake bread three or four times a week so I don’t have to buy industrial bread. I want to be able to crack open a jar of tomatoes and make them into pasta sauce without wondering where they came from and what they were sprayed with. I want the taste of fresh strawberries in the middle of January without having to buy the ones that came all the way from Costa Rica or wherever. I love cooking. I love to feed people. I want the people I feed to be eating the best food I can find, that I cared for on their behalf.

In a way, I guess I’m some variety of Prepper, but I’d prefer a different label.  One that doesn’t sound so Katy-bar-the-door, and that doesn’t invoke Chicken Little.

I’d like a label that is optimistic, and passionate, and entices people to catch my disease.

I want my label to suggest building, not defending; thriving, not surviving.

In one of her books on writing, Natalie Goldberg talks about the importance of naming things and using their proper names. She says to name something gives it identity and substance, and also gives you an intimate relationship with the thing named. Have you ever noticed that using a person’s name creates instant familiarity? So I like the idea of giving my dream a name.

I haven’t come up with the right word quite yet. I’m working on it, but if any of you dreamers have any ideas, please share. Is a dream by any other name still a dream? Probably. It’s not going to kill my dream if someone calls me a Prepper. It’s just that a dream that has an apt name is also a dream with an identity.

« Is Feedback Crap or a Direct Route to Dream Success?
How to Use Einstein Time To Live Your Dreams »