You Are Here Home » HAPPINESS THROUGH ACTIVISM » Book Author Dreams: Every 4 Seconds a Romance Novel Is Sold

When we think about book author dreams, we often think of writing the next great memoir, but did you know that every 4 seconds a romance novel is sold somewhere in the world?

Who are these authors and why have they chosen romance novels as their dream passion?

And why do readers buy them?

PBS and POV are going to take a look at the fascinating subject of romance novels this July.

Every so often the news media take note of a phenomenon so huge and ubiquitous that it is otherwise as invisible as the woodwork.

In the case of romance fiction, one might as well throw in the walls.

With a romance novel in any number of languages being sold somewhere around the globe every four seconds, almost all of them published by two allied companies, Harlequin in the U.S. and Mills & Boon in Britain, the genre is certainly a gigantic industry.

But is it the oddball, sideshow-to-real-literature that it is often portrayed to be?

Julie Moggan’s new documentary, Guilty Pleasures, arrives from Britain to offer a much closer and more perceptive look at the world of the romance novel by profiling five people involved in it.

Though their roles vary widely, they reveal the deeper personal and social meanings of the genre’s allure. Guilty Pleasures discovers not so much a business as a global community of shared imagination, a community whose yearning for romance fiction’s Holy Grail–true love–seems to know no barrier of language or culture, nor show signs of abating any time soon.

Guilty Pleasures has its national broadcast premiere on Thursday, July 12, 2012, at 10 p.m. during the 25th season of the award-winning PBS series POV (Point of View). POV continues on Thursdays at 10 p.m. through Oct. 25 and concludes with fall and winter specials. (Check local listings.)

There is some truth to the idea that the typical reader of romance fiction is a middle-aged woman, but Guilty Pleasures presents a surprising cultural diversity.

Japanese housewife Hiroko, who feels something lacking in her comfortable life; Shumita, an Indian woman who is separated from her husband; and English mother of three Shirley, who wants to spice up her marriage, could hardly be from more different backgrounds.

Yet they all speak the language of true love.

Among those bringing them this language, and the world it represents, are prolific English Mills & Boon author Gill Sanderson and Stephen, the incredibly handsome and well-built American model featured on more than 200 Harlequin/Mills & Boon book covers.

Hiroko and Shirley’s husbands respond to their wives’ romantic obsessions with equanimity, if perhaps too much of the practicality that may have sent their wives to romance novels in the first place. Shirley’s husband is a “working man’s man,” who sees his wife’s reading habits as harmless enough.

He’s likely to be found reading a mechanical manual or something titled Unnatural Death in bed, while Shirley peruses a steamy Mills & Boon number. Hiroko’s husband, Seiich, is an adoring spouse, and greatly amused by his wife’s romantic fancies, which include being swept off her feet by a David Beckham look-alike.

He cheerfully admits he can’t fulfill her romantic dreams and sees the books as a healthy outlet.

He even encourages Hiroko to take up ballroom dancing. But once she is at the studio, will glamour and excitement spur her to act on her infatuation with her handsome dance instructor?

That, of course, is the rub–how does one fix the border between fantasy and reality?

For Shumita, the struggle for an answer is a bit more serious. She married her husband when they were both young, but he left her for a younger woman. Shumita can laugh about the books’ utopian resolutions but can’t help feeling they contain some truth.

“Mills and Boon . . . create an excitement in my life,” she says. “When I look at the lovely, heady relationship . . . it gives me a buzz. But it’s not going to be that knight in shining armor. It’s about romancing yourself in a way. That’s what will save me.”

Everyone, it seems, is a sucker for true love.

Gill the author and Stephen the model are perhaps as romantic as their readers. Stephen spends the film searching for a soul mate. In his work, Stephen is that dark hero with the torn shirt, staring deeply into a woman’s eyes. (“You’re either wearing nothing . . . or you’re decked out in ruffles and puffles and truffles,” he muses. “I’m a cowboy a lot. Lot of swords. Shirtless with a sword.”)

Yet, this man who can’t walk from the beach to his Miami apartment without causing a sensation isn’t even in a relationship when the film opens. Stephen’s idea of romance is more spiritual than steamy. His worry that he may never meet his “twin flame” is a quandary that is quite real for him, if quite perplexing to most of the rest of us.

The somewhat ambiguously named author Gill Sanderson, who has legions of devoted readers across the world, is actually Roger, a pensioner writing from a trailer park in England’s Lake District.

At first glance, it’s a bit of a laugh, of course, but Roger quickly displays a pride in craftsmanship and affection for his readers that dispel any sense of exploitation. He may have the objectivity of the formula writer who understands his formula (“Could you have a red-headed hero? Never done one, never will,” he says), but his fictional characters somehow get under his skin.

“At night, you know, when you go to bed, you put your characters almost to bed,” Roger says. “They’re still in your mind, and you give them not a good night kiss, but a sort of little pat on the head: ‘Yes, we’ve done a good job today, the three or the four of us and it’ll carry on tomorrow.’ I love happy endings. There’s nothing wrong with a happy ending.”

Guilty Pleasures is a delightful and touching discovery of the depths of human emotion in what may at first seem the cultural shallows.

The success of romance novels, with credit to the people who produce and market them, seems to stem from the power of the ideal of true love and its pull on the human heart.

Romantic novels, despite their formulaic quality, may be more authentic expressions of human nature than more “literary” tomes.

“After breaking up with the boyfriend I’d had since I was 17, I was left with some big questions about love,” says director Moggan. “And I came across an article stating that every four seconds a romance novel published by Harlequin or its British counterpart, Mills & Boon, is sold somewhere in the world.”

“I purchased my first romance novel, Bedded by the Greek Billionaire, and so began a two-and-a-half-year journey.”

“Looking closely at people’s deep affection for these books the world over became a way to address universal questions about the meaning of true love. Shirley and Phil, Hiroko and Seiich, Shumita, Roger and Stephen stood out to me as warm, honest and hugely likeable individuals, all yearning for something more in their lives.”

About the Filmmaker:
Guilty Pleasures is Julie Moggan’s first feature-length documentary. She has a background in social anthropology and studied documentary at the United Kingdom’s National Film and Television School, where her graduation film, Waiting for a Lift, won the Becks Futures Student Prize. Since then Moggan has directed and worked as a camera operator on a number of documentaries for the BBC and Channel 4.

Have you ever thought about writing a romance novel?

Have any of you tried writing a romance novel?

8 Women Dream would like to thank POV for providing us with information about Â this upcoming documentary. 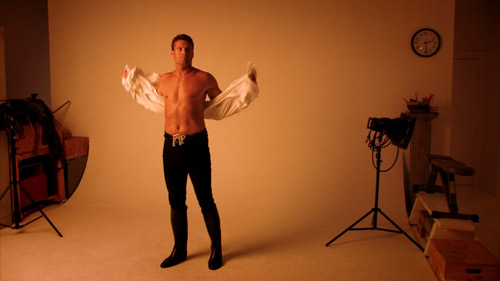 « Family Travel Dreams: Take Monday Off at Casa Colina Mexico
You Can’t Reach Your Dreams if You Are Running in Skis »