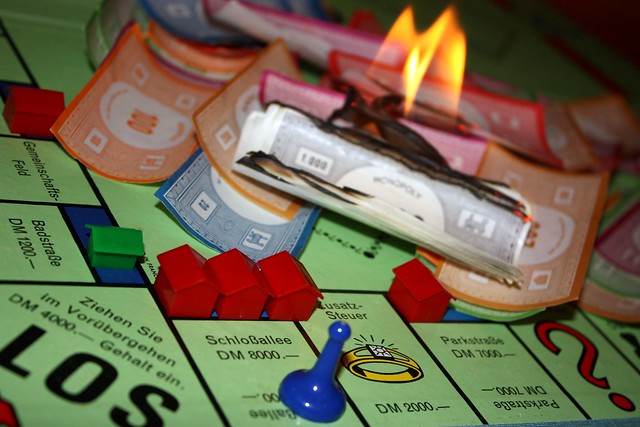 You try so hard, and you seem to make a little progress, but then you hit a wall, or lose interest, or get interested in some other important project, and pretty soon you’re backsliding. Personally, that’s the story of my life.

I’m taking a closer look at executive function and wondering if it might hold a key.

It’s not just the money dream that seems to have hit a plateau;Â  there is a huge pile of other dreams that I have not been able to achieve, either. In fact, I have often felt over the years that I’ve never quite managed to live into my potential. That’s just another way of saying that many of my most precious dreams have not come true yet. I haven’t been able to make them come true. Yet.

Maybe I’m the only person in the western world whoÂ  never heard of executive function until famous blogger, Penelope Trunk wrote about it this week. She was talking about the difficulty she had getting a drivers’ license, owing to some details that overwhelmed her.Â  She commented that even though she knows she has executive function deficits, she often forgets about it and gets herself into difficulties as a result.

As I read her post, I realized she was telling my story, almost literally.

It’s not just Penelope’s drivers’ license story that got me – although I have an eerily similar driver’s license experience that I won’t bore you with. But it wasn’t just that; it was where my brain went with it.

I said to myself: I could have written that post Penelope Trunk wrote. I’m a good enough writer. I have lots of pithy things to say.

Just last week I found out my younger brother has written a novel. I myself have been talking about writing a novel for more than 40 years. I didn’t even know he was interested in writing until he told me he’d finished a novel, gotten an agent, and was working with a team of readers on a third draft.

I have never written one single word of my dream novel, though. Well, that’s not strictly true. I did write the first five pages when I was in college, and my published novelist teacher thought it was good and pushed me hard to keep going. But I quit writing it. I don’t remember how I passed the class.

You see where I’m going with this?

In my dreams, I could write pithily like Penelope Trunk, or be a novelist like my brother. I could spend less money and save more.Â  I could do any number of things that I’ve always dreamed of doing.Â  But in my reality, I don’t do any of those things.

I’m able, technically speaking, but I lack the executive function.Â  I can’t get started. And then I can’t finish. I’m distracted, and I have too many ideas. I’m disorganized. I have literally no sense of time.

I manage to knock out an 800 word post every week here at 8 Women DreamÂ  mostly because I couldn’t stand to disappoint Catherine and the other dreamers. Still, I usually finish it up at about 1:59 a.m. for a 2:00 a.m. posting. And even then, Catherine has to come in and fix my links because I can’t remember how and what I’m supposed to do to be searchable. Even though she’s written it down for me multiple times. I can never seem to find where I filed the notes, you see.

These are things I’ve spent a lifetime hiding, being ashamed of, and beating myself up over.

Even now, I feel the strongest urge to tell you how intelligent I really am. Honest, I am! I just don’t look like it sometimes. But I’m entertaining a new thought now. Maybe this isn’t something to be ashamed of. Maybe it’s something I could actually get some help with. In fact, I made an appointment to be assessed for adult ADHD and executive function deficit.

Two days ago, I didn’t even know such a thing as executive function existed. I just thought I lacked willpower. And who knows, maybe that will turn out to be true. Or maybe I’ll learn some strategies to overcome whatever it is that gets in my way so often.

I’ll let you know. But I thought I’d pass it on anyway. If you’re someone who dreams but never seems to quite get there, take a closer look at executive function.

I’d love to hear what you think.