You Are Here Home » WRITE WITH US » Great Writing About Money 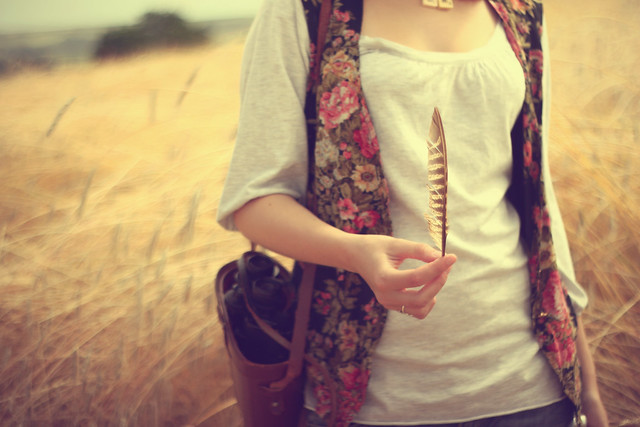 There are not that many great books about money, and there’s not that much great writing about money. It’s depressing, really. Money is one of the eternal human quests, but the best it can do is play a minor role in some literature, and no role at all in most. Whatever we read about money, and wherever we read it (including in this blog),Â  It all tends to fall into the tactical side of self-help, financial planning, budgeting, and blah blah blah.

There is just nothing new to say about the tactics of money, if you ask me. We all know the tactics, the tips, the strategies, and the golden rules. And yet for something so pervasive in the life of every human being – for something so complex and conflicted – can we really not think of anything deeper to explore?

Along comes Laura Vanderkam, who has written All the Money in the World: What the Happiest People Know about Getting and Spending. I am in the thick of it now, but I can tell you I love it. Because it’s not tactical. It’s philosophical. It’s actually giving me something to think about, instead of just rehashing the stuff that has already been written ad nauseum.

Here’s an example. In the very first chapter, Vanderkam talks about engagement rings and how the average couple spends over $5000 on a ring. I’ll say upfront that I have never owned an engagement ring, but I’m confident I’m the exception to the rule, especially among baby boomers. To be sure, Vanderkam asks some of the “usual” tactical questions – questions like, what else could you do with that money? Can you really afford it? And so on. But then she launches into the history of engagement rings.

It turns out that engagement rings evolved as a form of protection against a girl getting used and dumped by a faithless suitor.Â  Up until the 1930s, women who were promised marriage as a seduction to engage in pre-marital sex, and who were then jilted, could sue for breach of promise. That acted as a deterrent to the would-be cad who would hardly want to lose his reputation, his lothario edge, and his cash if he didn’t live up to his end of the bargain. But in 1935, breach of promise laws started to erode. Now what was there to guarantee the faith and honor of a groom-to-be?

Enter the engagement ring. DeBeers, the famous diamond company, was the first to see the opportunity and move on it. They had a glut of diamonds and started a marketing campaign to popularize them – including what has to be among the first Hollywood placement deals, where movies featured engagement scenes complete with showy diamonds. It only took 30 years from that point for diamond engagement rings to become so entrenched in the wedding culture that a decent guy almost wouldn’t dream of asking his girl to wed unless he could produce a rock of at least a carat and worth two months’ salary.

Here’s why I like this history. It asks us to think about what we are doing when we spend money.

An engagement ring started out as protection against a faithless man seducing a woman under false pretenses. That world was one where being deflowered meant ruination. Men could go on their merry way, promising to marry, merrily hopping from one engagement to the next. Meanwhile, the women involved were virtually doomed to spinsterhood. But we don’t live in that world anymore. We no longer see women as “goods” that can be damaged. We no longer judge menÂ  according to a different moral standard than women (at least not here on 8 Women Dream, we don’t!).

So…what tradition are we following when we buy engagement rings? What value does it have to our relationships? Tell me again why people should spend 2 months’ salary on a diamond?

Lest those of you who have engagement rings and treasure them think I’m judging you, I’m not. I’m simply not a jewelry person, myself. So to me, if I discard the traditional reasons for buying an engagement ring, there’s nothing else to stand in. But lots of people do like jewelry, and do want to commemorate their betrothal with jewelry. And that’s the point. Vanderkam says, spend your money on what you value. Don’t spend it without thinking, just because it’s the traditional thing to do.

And one more thing. While you’re thinking about values, think about them in terms of what makes you happy. That word “values” can have such a protestant-work-ethic vibe about it, don’t you think? Honesty. Integrity. Plain speaking. They’re all values, and not a one of them feels very happy – just ask anyone who has ever had to tell the truth about an unflattering pair of jeans. Not that all values have to be fun, but at least some of them could be, right?

If I had all the money in the world, I’d be a permanent student. I value life-long learning. Because new ideas are just plain fun.

If I had all the money in the world, I’d teach my kids to be independent thinkers. I value self-sufficiency. Because creativity and inventiveness are happy experiences.

If I had all the money in the world, I’d bring in a little money, steadily, so Virgo Man wouldn’t carry the whole financial load for our family. I value cooperation. Because doing something meaningful with someone you love is lots and lots of fun.

How about you, World of Dreamers? If you were spending just on values alone, what kind of happy would that make you?

« Is Your Product Launch Going To Be Memorable?
How April on a Vineyard Farm is Dream Spring Living »